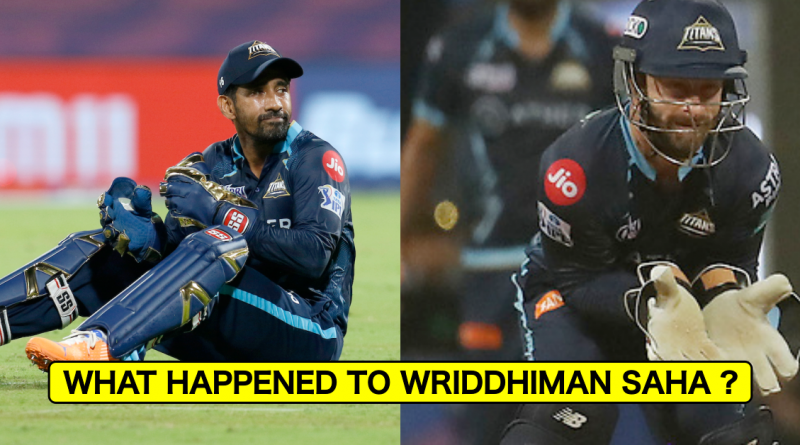 
Wriddhiman Saha made 31 runs off 22 balls and yet again gave a great start to Gujarat Titans. But his innings was cut short by a brilliant throw by Faf du Plessis which ended his innings via a run-out.

It was expected in what was an inconsequential match for GT they might try out some players as they have already qualified for Qualifier 1 on May 24th.

But they made just 1 change as they brought in Lockie Ferguson in place of Alzarri Joseph.

Saha who during his innings of 31 completed 300 runs in the ongoing season of the IPL in just 9 games picked up a hamstring injury. That meant that Matthew Wade had to pick up the wicket-keeping gloves in the 2nd innings.

Wade’s IPL with the bat hasn’t been the best. After starting in the playing XI, he was dropped for Saha but in the last couple of games, he made a return to the side.

But the break from the game didn’t help him as he continued to miss out on opportunities to score runs. But on Thursday he was looking good for a big score but unfortunately due to a controversial decision which went to the third umpire for a review, his innings was cut short.

He was clearly upset with the decision as went back to the dressing room. Virar Kohli too was seen talking to him when Wade was walking back into the dugout. Wade was also seen talking to Glenn Maxwell after being dismissed by him.

He would nevertheless hope to put that dismissal behind him and focus on the work behind the stumps in the 2nd innings.