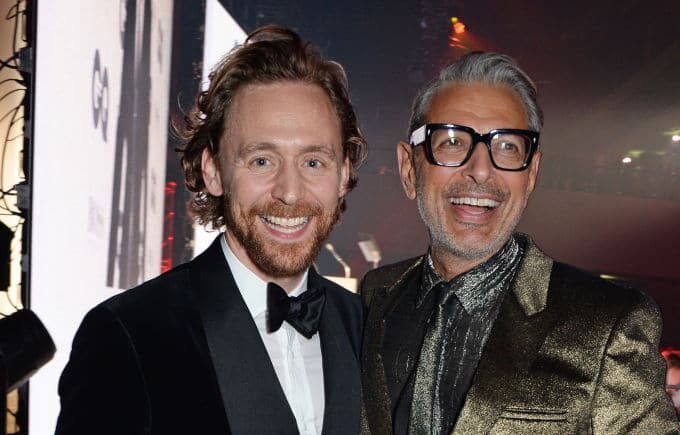 Why does it sometimes feel like Jeff Goldblum is the only man we can truly count on to make us smile?

If you’re in desperate need of a tonic today, look no further than this video of legend, icon and Drag Race guest judge Jeff Goldblum at the GQ Men Of The Year Awards in 2018, accepting his award from the acclaimed actor, subject of our fantasies and notorious Taylor Swift ex Tom Hiddleston.

In the video, which has resurfaced on Twitter recently much to the delight of Goldblum stans, the actor is handed his award by Hiddleston before turning to the crowd to gush about his Thor: Ragnarok co-star.

“The great Tom Hiddleston. You know, we were in that movie Thor: Ragnarok and we played Loki and Grandmaster respectively. And now when I go on, pathetically and obsessively, to my #JeffGoldblum on Instagram I see many, many sketches, rendering and cartoons of our characters involved in what seems to be a deeply romantic and wildly sexual relationship.”

“I tell you this, I cherish every single one of those and I will for the rest of my life. Tom Hiddleston, ladies and gentlemen – a very, very tender lover, I’m sure. I’m positive.”

Jeff Goldblum did more for the LGBT community in this one video than the entire Loki series did pic.twitter.com/NAvU8q1MSL

The excitement is somewhat cut short by Goldblum going on to thank his wife Emily, who is filming him from the crowd, just moments later… but let’s not get hung up on these sort of technicalities.

If you need another hit of Goldblum/Hiddleston action, Jeff’s backstage interview with Maya Jama from that same evening is another treat for the senses. The lovable actor bumbles his way through his chat with Jama, whose Bristolian accent and UK lingo seem to sound like an entirely different language to Goldblum’s ears.

The pair are thankfully intercepted by Hiddleston who enters the conversation to explain to Goldblum where Bristol is located, before doing the most uncanny impression of the Hollywood legend.

Feast your eyes on this terribly endearing moment below, and prepare to love Jeff Goldblum even more about the end of it.

Hungry for more? How about a video of Goldblum dancing to Normani at a big gay summer party. You’re welcome.