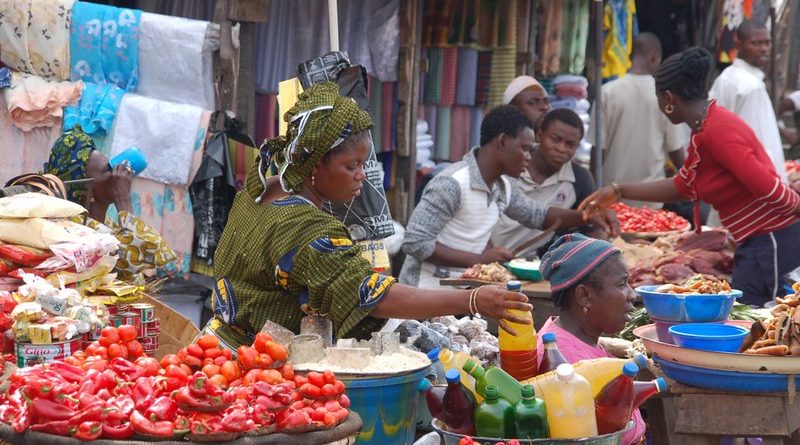 BRATISLAVA, Oct 12 (IPS) – Governments and international financial institutions must adopt new ways of providing post-pandemic support, say campaigners after a report found that in many poorer countries, big business benefitted most from Covid-19 recovery funds. At the same time, vulnerable communities have been “left behind.”

They say the level and distribution of support of these funds has been poor, with the most vulnerable in society, such as informal workers and women, among others, having been especially failed by relief programmes.

And they warn that the measures have actually only deepened inequalities at a time when the UN has warned that up to 95 million additional people could soon fall into extreme poverty in comparison with pre-Covid-19 levels.

Matti Kohonen, Director of the Financial Transparency Coalition (FTC), which was behind the report, told IPS: “The elite have been sheltered from the worst effects of the pandemic. Nearly 40 percent of Covid-19 recovery funds went to large corporations, through measures like loans and tax cuts. This means that social protection for, in particular, women and informal workers, has been inadequate.”

The FTC’s research found that in 21 countries in the Global South, large corporations received 38 percent of recovery funds while small and medium-sized enterprises (SMEs) got 20 percent. Social protection measures accounted for 38 percent.

Meanwhile, informal workers received only 4 percent of the funds in the countries surveyed, and the research showed that in many of those states, they actually received nothing at all.

Studies have shown that informal workers, and especially women, were globally hit hardest by the Covid-19 pandemic, and that economic policy measures taken in response have largely been gender-blind, exacerbating existing gender inequality and economic precarity in the sector.

According to the International Labour Organisation (ILO), of the 2 billion informal workers worldwide, over 740 million are women. However, there is a higher share of women than men in informal employment in many of the world’s poorest regions: in more than 90 percent of countries in sub-Saharan Africa, 89 percent of southern Asian countries, and almost 75 percent of Latin American countries.

These women also often have jobs most likely to be associated with poor conditions, limited or non-existent labour rights and social protection, and low pay.

The FTC report points out that while the COVID-19 pandemic has had a huge impact on women’s employment, working hours, and increases in unpaid domestic and care work duties, it found that women received half the funds than men received as most money provided to corporates and also smaller companies predominantly went to men (representing over 59 percent of funds).

Klelia Guerrero, Economist at The Latin American Network for Economic and Social Justice (LATINDADD), who helped with research into the FTC report, said that just doing work collecting data on the distribution of recovery funds underlined how little thought had been given to women in Covid-19 response policies.

It was only in a handful of the countries surveyed (Guatemala, Honduras, Bangladesh, Brazil, and Costa Rica) that partial gender-disaggregated data on Covid-19 grants were made available to analyze Covid-19 support.

“Most countries did not have disaggregated gender data; it was only partial. This in itself should be a red flag – it shows that the people who were implementing these support schemes did not think of women as a priority,” Guerrero told IPS.

And while the report shows that women did receive the majority of social protection funds in the countries surveyed, even some of those programmes “had discriminative aspects”.

“For example, here in Ecuador, we had a scheme where people had to register online and then go at certain times to receive their aid products. This was difficult for a lot of women who had to be in the home at those times, or there was no public transport to get to the places to receive aid. So, women were disadvantaged,” she said.

“Some groups of the population did benefit from Covid relief measures, but the most vulnerable not as much. It was difficult for them to access the aid. The criteria under which aid is given out should include a gender perspective.” she added.

“Numerous research has shown how, especially in Africa, women make up the majority of the informal sector. One of the big takeaways of the report is the poor targeting of women in the support response. Programmes going forward need to take into account the gender dimension of any policy,” Ishmael Zulu, Tax and Policy Officer at the Tax Justice Network Africa (TJNA), told IPS.

Groups like the FTC and its members, including the TJNA, say the report’s findings are important not just in terms of the post-pandemic recovery but in highlighting the need to change how support is given to the most vulnerable communities in developing countries in the long-term future.

Ishmael pointed out that in one scheme in Zambia, the government introduced stimulus to help SMEs and informal workers, but the money was channelled through commercial banks that set specific requirements to access that money, including the need to provide bank statements.

“Of course, that is very difficult for many informal workers. They just couldn’t provide those documents. So, in the end, even money meant for vulnerable groups ended up in the hands of big corporations, which are the ones that can provide those documents,” he explained. “It speaks of the weakness of the system.”

The FTC report has also warned that policies pursued by international financial institutions, such as the International Monetary Fund (IMF), of pushing countries to introduce austerity measures and cut funding for basic public services in return for debt restructuring is making things worse.

It cites the example of the cuts in public spending and rises in Value-Added Taxes (VAT) being imposed as part of an IMF loan program in Zambia, saying this will have the greatest impact on the poor.

Ishmael said: “Our current financial structures have perpetuated inequality in the way, for instance, financial institutions give loans: several countries have had to reform their tax systems … and these financial institutions say subsidies and spending should be channelled into some areas and not others, and it ends up that money is targeted towards large corporates, and vulnerable communities are left behind.”

He added: “We saw growing inequality , and so when Covid-19 hit, we saw how these vulnerable communities were left behind without safety nets. Governments must put in place sustainable social protection systems providing safety nets to help lift people out of poverty and which won’t just respond to a pandemic or an emergency, but respond to fighting poverty and inequality.”

The FTC is planning to present its findings at the IMF/World Bank Annual Meetings later this month.

The FTC’s report calls for all countries and international institutions, including the IMF and World Bank, to implement what it describes as “alternative policies to bring a people-centered recovery instead of austerity”.

These include, among others, taxing excess windfall corporate profits, introducing progressive levels of income and wealth taxes, and increasing social security contributions and coverage.

Kohonen said informal workers and women should be at the heart of any such policies.

“Informal sector and women workers really pulled us through the pandemic, and it is wrong to now impose austerity on them. Support needs to be in place for informal and women workers, people on the front lines, before a pandemic so that support can be then scaled up if needed, in the form of loans, grants or other aid,” he said.