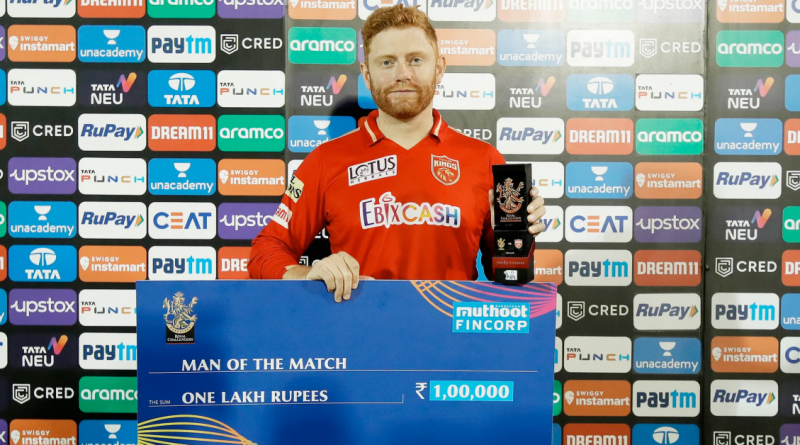 Jonny Bairstow since moving up the order for Punjab Kings has been in amazing touch. As an opener, Bairstow hit his 2nd fifty for PBKS.

Bairstow himself scored his fifty in just 21 deliveries. He ended with 66 off 29 balls.

His innings included 7 sixes and 4 fours.

Bairstow’s brilliant start gave exactly the momentum PBKS needed to post a big total on the board as his fellow countrymen Liam Livingstone scored his 4th fifty of the season and helped his side score 209 runs on the board.

Jonny Bairstow arrived late for this edition of the tournament and he started in the middle order for Punjab. In the middle order, he struggled to find his groove as he couldn’t score many runs.

Bairstow on his innings said, “It’s one of those days. A couple of those come off and it’s your day. Many quality bowlers in the IPL and sometimes you’ve got to try and get them off their lengths (taking on Josh). It’s a completely different commodity, playing with England and playing here. Stats would suggest I quite enjoy opening the batting. The bats are very good, I must admit.”

Bairstow would hope to continue this form as PBKS look to win their remaining games.