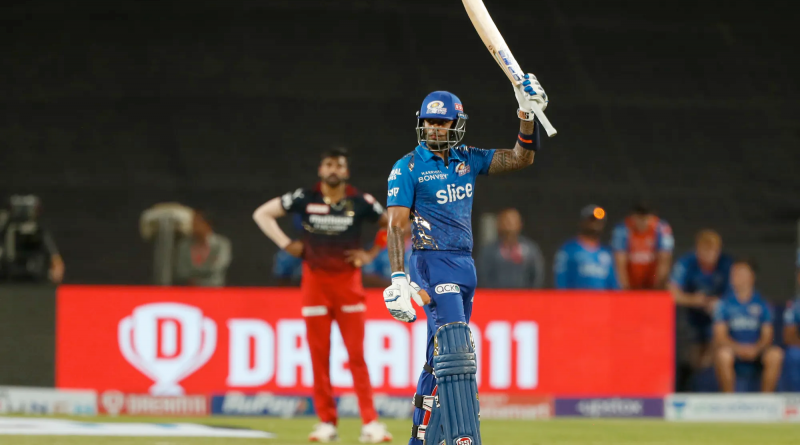 
Former Indian all-rounder Irfan Pathan noted that Mumbai Indians are well known for making comeback in the IPL after the Rohit Sharma-led side lost to Royal Challengers Bangalore (RCB) by seven wickets on Saturday.

Suryakumar Yadav’s blistering knock of 37-ball 68 guided Mumbai Indians to a respectable total of 151/6 after they were reeling at 79/6 at one stage. Jaydev Unadkat just scored 13 runs in the 72-run stand with Suryakumar for the seventh wicket.

Mumbai Indians know how to make a comeback from situations like these: Irfan Pathan

RCB chased the score with ease as youngster Anuj Rawat (66) and Virat Kohli (48) set the tone through their 80-run stand before Dinesh Karthika and Glenn Maxwell finished the game with nine balls to spare. Rohit Sharma and his men recorded their fourth straight loss in IPL 2022.

However, Irfan believes MI can make a comeback in the tournament based on the evidence in IPL 2015. Mumbai Indians lost five of the first six games in the league stage and turned the tables after winning seven of the remaining eight fixtures to finish second on the points table and they eventually lifted the title.

“Mumbai Indians know how to make a comeback from situations like these. They’ve done it in the past, back in 2014 and 2015. In IPL 2015, they were in a similar situation and came from behind to lift the title, but that team was a little different,” Irfan Pathan said on Star Sports.

MI doesn’t have a bowler who can support Bumrah well: Irfan Pathan

“MI’s batting still looks good as they have young Tilak Varma doing well, Suryakumar Yadav starred in his comeback game, and Ishan Kishan has been firing at the top,” Irfan said.

“You hope Rohit Sharma and Kieron Pollard will also score runs as the tournament progresses but their bowling department looks weak, especially the pace attack. This year, MI doesn’t have a bowler who can support Bumrah well. This is a major headache for the captain,” he added.

Mumbai Indians will meet Punjab Kings on April 13 at the Maharashtra Cricket Association Stadium in Pune.

Also Read: RCB vs MI: Feels Great To Win Against A Quality Side Like Mumbai Indians – Faf du Plessis