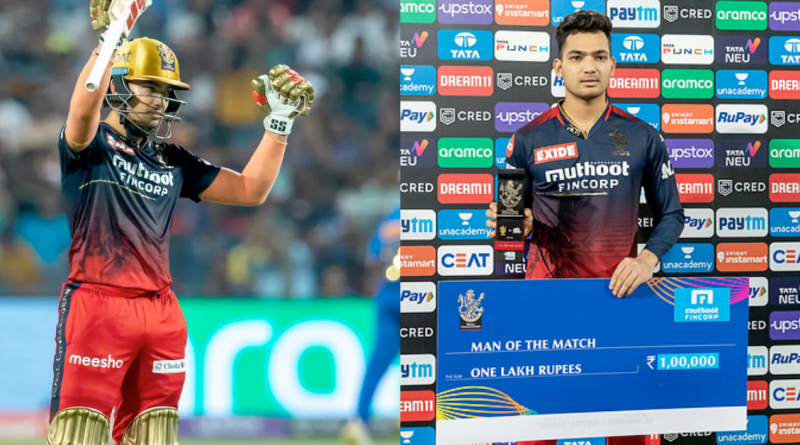 
Anuj Rawat scored his first IPL 50 to carry his team, Royal Challengers Bangalore over the line against Mumbai Indians.

Rawat scored 66 runs off 47 balls which was instrumental in RCB’s 3rd win of the season.

The Team Has Backed Me: Anuj Rawat

Anuj Rawat started his innings well as he hit Jaydev Unadakat for two straight sixes, dancing down the wicket in only the 2nd over of their chase. Rawat looked in control of his innings as he chose which bowlers to target. He was timing it well. Him getting to a good start meant that Faf du Plessis’s slow innings of 16 runs off 24 balls did not cost much to RCB.

Rawat after the fall of Faf’s wicket stitched together a 79 run stand with his senior pro from Delhi, Virat Kohli. The partnership took the team close to the target of 151. Rawat got run out in trying to go for a two but he had played his part well till then.

Rawat was declared the Player of the match, and in the post-match presentation, he said: “It feels great to score runs in a winning match. I was just following the process. I was not able to connect in other games, today did it well. Hope for many more to come. RCB team has given us confidence but they have backed me even when I couldn’t finish the game. Enjoying the company of Virat bhaiya and Faf.”

Rawat had a couple of 20s to his name but he didn’t look fluent in those innings. Yet he was backed by the management for the 4th straight game and he showed his promise with the bat.

A wicket-keeper batter who had previously played for Rajasthan Royals in the IPL would hope to continue this form going ahead in the tournament.

Also Read: CSK Vs SRH: I Am Pretty Much Lucky To Have A Team Like SRH As They Have Been Very Supportive – Abhishek Sharma