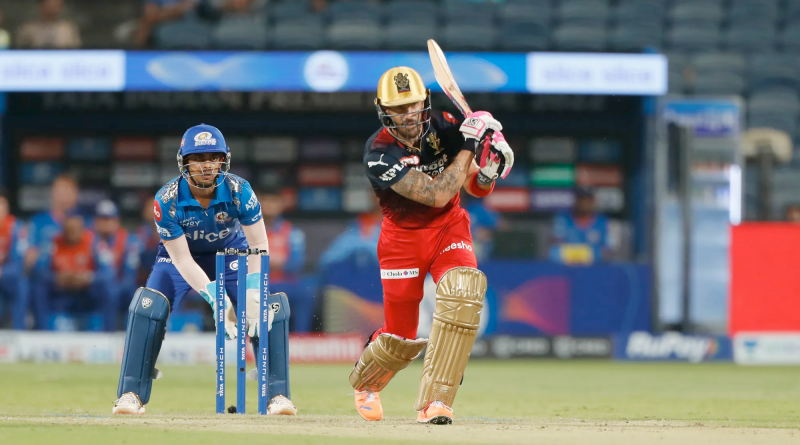 
Royal Challengers Bangalore won their 3rd game of the season as they beat 5-time champions Mumbai Indians by 7 wickets on Saturday and moved to 3rd on the points table. Faf du Plessis in the post-match presentation said that it feels great to get a win against a top side like MI.

RCB were coming out of a win while MI came in the game with 3 losses on the trot. The pressure was on MI and Faf du Plessis ensured MI feels the pressure as he put them to bat after winning the toss.

Anuj Rawat Is A Very Good Player For the Future: Faf du Plessis

Mumbai got off to a good start but faltered badly in the middle overs as Harshal Patel and Wanindu Hasaranga took a couple of wickets each. This made run-scoring difficult but Suryakumar Yadav’s brilliant innings of 68 runs from 37 balls took MI to a respectable total.

RCB had a good start to their chase as they scored 50 runs in 8.1 overs without losing a wicket. Faf could not get going but till he was at the crease, he provided good support to Anuj Rawat who was timing it nicely. Virat then joined Rawat in the middle and both took the team very close to the target. Anuj got run out by a brilliant throw from Ramandeep. But not before he had scored 66 runs off 47 balls.

Kohli was adjudged LBW on 48 on what was a very controversial decision. The frustration could be seen on Kohli’s face after his dismissal. Glenn Maxwell though just came and finished the game off in 2 deliveries.

Faf after the game said: “There was something in it for the bowlers in the first innings. We didn’t want to give them a good start. Rohit played some good shots but his wicket was valuable. Akash Deep bowled really good tonight. It was just one of those nights, where you mix bowlers around and they keep getting wickets. The chase was very good. I spoke about Anuj before the tournament, he has potential and we talk a lot to develop game awareness. Comes down the wicket, and shows intent, he’s a very good player for the future.”

RCB has won 3 games out of the 4 they have played. They would look to continue this momentum going forward.