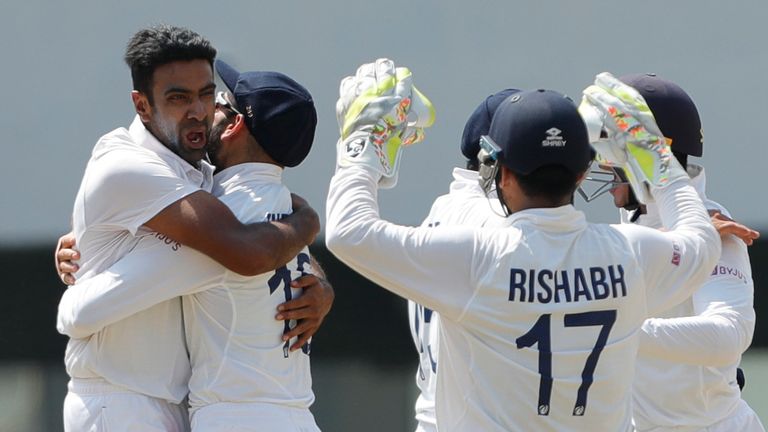 
Veteran Indian off-spinner Ravichandran Ashwin has opened up on his epic response to then Australia captain Tim Paine during the historic Border-Gavaskar Trophy 2020-21 series, where India made an extraordinary comeback to win the series by 2-1.

During the third Test match of the series at the Sydney Cricket Ground, Ashwin and Hanuma Vihari battled injuries to put up a remarkable blockathon to help India achieve a historic draw.

During the match, when the Australian bowlers failed to get a breakthrough the Aussie skipper and wicket-keeper Tim Paine started poking Ashwin. Paine said “I can’t wait to get you to the Gabba, Ash, I’ll tell you what, woohoo” the veteran Indian off-spinner came up with an epic response and he said “Just like we wanna get you to India. That will be your last series.”

Meanwhile, during the trailer launch of the Voot Select’s web series ‘Bandon Mein Tha Dum’, Ravichandran Ashwin revealed the story behind his response to Tim Paine.

“I think Vihari will remember why I said that as well. Because we had a discussion on the way Tim Paine was batting through the series. I kept telling these guys and we got a very different sort of a short leg position, which was forward short leg and then we usually have a leg slip.

“We had a chat… Rahane, myself, Vihari and we said, ‘Pujara will generally stand at leg slip but this guy won’t stand with the helmet. Let’s put him somewhere else and get this guy under the lid’,” Ashwin said during the trailer launch of the Voot Select’s web series Bandon Mein Tha Dum’.

“We had this conversation and parked him there in a very awkward position and he (Paine) actually nicked off there. We had a celebration and I told Vihari, ‘This guy better not come to India.

“If he actually comes to India, he will be going there every single time. At the end of the day, he was having a go at us when we were batting and it just came out of my mind because we had a conversation like that. It was very instantaneous,” he further added.

Ashwin suffered an injury during the Sydney Test match and he was ruled out of the Gabba Test, where India won the match by chasing to win the series.

While talking about his bowling in Sydney, Ashwin said that it was surprising for him that he had bowled 13-14 overs on the trot after taking painkillers.

“It was surprising to me that I went bowling after the injury with painkillers. And bowled 13 or 14 over on the trot. It was so bad I was rolling on the floor because of the pain. My wife and kids helped me to stand and then the Physio came to check me. I went to the game crawling, but did my best,” said Ashwin.

Meanwhile, Tim Paine had kept sledging Ashwin during the Sydney Test and said “Maybe. Are you a selector here as well? At least my teammates like me, d**khead. I’ve got a lot more Indian friends than you do. “Even your teammates think you’re a goose. Don’t they? Every one of them.”

At one point, Ashwin had even refused to bat and said “Tell me when you’re done.” “I’ll talk all day, mate. Wait until you get to the Gabba, pal,” Paine responded.