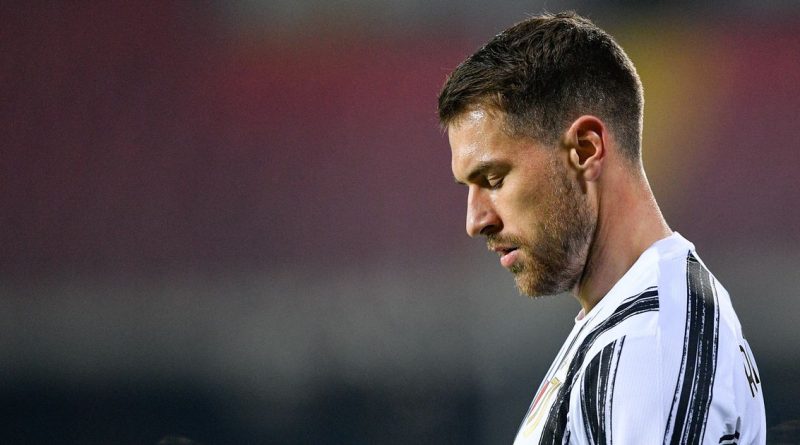 
Ex-Arsenal man Aaron Ramsey is looking unlikely to return to the Premier League after trio pull the plug on potential transfer, but new interest emerges with a Juventus exit looming

A Premier League return for Aaron Ramsey looks to be dead in the water due to the Welshman’s whopping wage demands.

The Welsh ace completed his switch to Juventus back in the summer of 2019 after running down his contract at Arsenal.

Ramsey’s spell in Italy hasn’t been a total disaster, but he has failed to nail down a starting spot after struggling with injuries.

The Italian giants are now open to brokering a deal to get the midfielder’s inflated salary off of their wage bill.

Ramsey was lured to Italy by an eye-watering financial package worth a reported £400,000-a-week – and that is now proving to be an issue for any potential summer move away from Turin.

Aaron Ramsey has struggled with injuries again at Juventus, who are keen to offload him
(

According to Il Bianconero, a potential return to the Premier League for Ramsey has been scuppered with Crystal Palace, West Ham and Wolves all being put off by the 30-year-old’s wage demands.

The Welshman has been linked with a return to the English top-flight for the majority of the summer.

The report goes on to state that an unexpected option for a summer switch could be Juve’s Serie A rivals AC Milan.

A move to Milan would allow Ramsey to maintain his huge salary. The midfielder has reportedly taken advantage of Italy’s Growth Decree; a tax scheme which allows workers who move to the country to pay a significantly reduced tax rate.

Any deal is expected to be for a cut-price fee, with the ace reportedly on an astounding £400,000-a-week.

Will Ramsey return to the Premier League? Comment below

Ramsey’s reported £400,000-a-week salary is making him difficult to offload for the Italians
(

That’s a figure that nobody in the Premier League will get anywhere near – especially taking into account Ramsey’s age and injury record.

The Welshman is also keen to remain at an elite club in order to realise his ambitions for European football and a chance at championships.

This would make an extended stay in Europe a more likely option than a return to England.

Ramsey has consistently struggled with injuries throughout his career, but still proved a hit over a decade at the Emirates.

Arsenal plucked the midfielder from Cardiff City at the age of 18 for a fee just shy of £5m.

Ramsey went on to make over 260 Premier League appearances, winning three FA Cups during his time in North London.

The ace was linked with a move to Arsenal’s bitter North London rivals, Tottenham earlier in this window.

New Spurs director of football, Fabio Paratici, was Juve’s technical director when the deal to bring Ramsey to Turin was struck.

He was keen on snapping Ramsey up again, but it’s unlikely that interest will go any further.

Newcastle are another side who have been credited with an interest in securing the Welshman’s signature this week, but the Magpies would be unable to sanction a deal unless there is a drastic drop in the ex-Arsenal man’s demands.