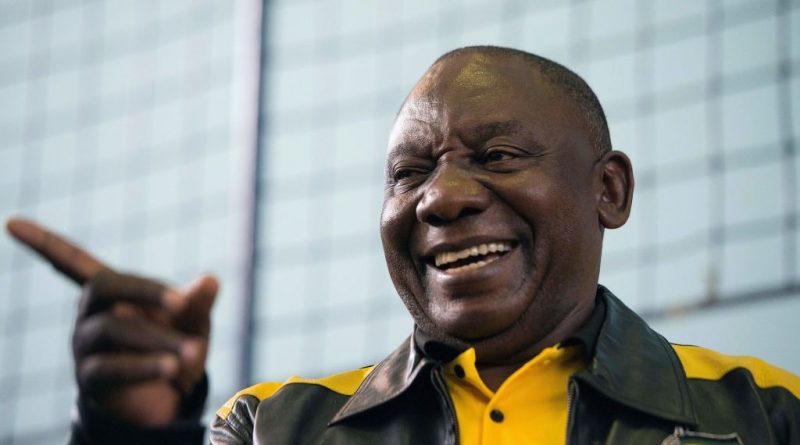 
JOHANNESBURG — South African President Cyril Ramaphosa has been reelected as the leader of the ruling African National Congress party.

Ramaphosa beat his rival, former Health Minister Zweli Mkhize by 2,476 votes to 1,897 votes from a total of 4,386 votes cast by party delegates from across the country.

Ramaphosa’s supporters burst into celebrations as results were announced Monday at the ANC’s crucial leadership conference in Johannesburg.

This comes as a welcome victory for Ramaphosa, who has been mired in a scandal and facing calls to step down as president of the country and to be replaced as the leader of the ANC.

Read More: What to Know About South Africa’s Presidential Scandal

Last week he survived a vote to start impeachment proceedings against him over a parliamentary report that said he may have broken anti-corruption laws by keeping undeclared sums of dollars at his farm and failing to declare their theft.

Ramaphosa’s victory paves the way for him to run for reelection to a second term as South Africa’s president in the national elections in 2024.

The crucial ANC conference has been marked by bitter divisions and scandals surrounding Ramaphosa, Mkhize and other leaders.

With crippling nationwide power cuts of more than 7 hours a day, an unemployment rate of 35% and widespread reports of corruption, Ramaphosa and the newly elected ANC leadership have many challenges to address as the party heading the government and the legislature.

Ramaphosa also pledged that his government would continue to fight corruption, even as he was embroiled in a graft scandal.

Ramaphosa has been facing calls to step down from his position over a damning parliamentary report that said he may have broken anti-corruption laws by hiding undeclared dollars in cash at his Phala Phala farm. The report questioned the source of the funds and why did not report it to the police.

Mkhize was forced to resign as health minister over a scandal in which his family was found to have benefitted from a government contract.

According to the ANC vote, Ramaphosa’s deputy will be Paul Mashatile, the party’s outgoing treasurer-general. The party reelected Gwede Mantashe to another term as national chairman.

Transport Minister Fikile Mbalula was elected as the party’s new secretary-general and his deputies will be Nomvula Mokonyane and Maropene Ramokgopa. The party’s new treasurer-general is Gwen Ramakgopa.

The voting for the party leadership took much longer than scheduled, stretching out over the weekend.