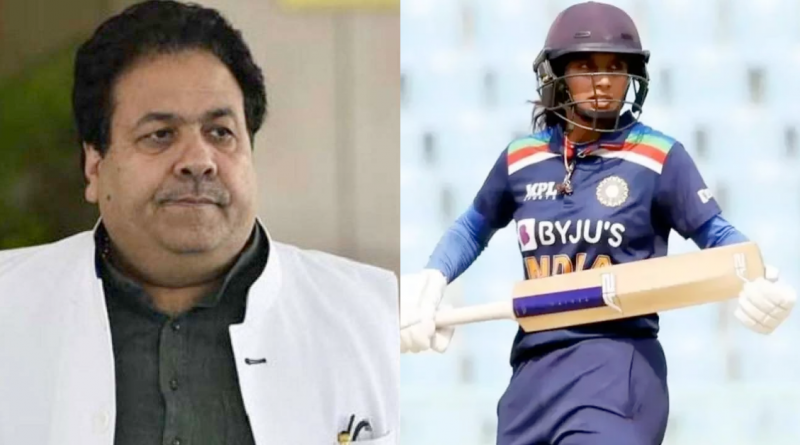 
Rajeev Shukla, Vice-President of the Board of Control for Cricket in India (BCCI), wished Mithali Raj well after she announced her retirement from all forms of international cricket on Wednesday.

Mithali is the all-time leading run-scorer in women’s One-Day Internationals. She played in 232 matches for India, accumulating 7805 runs at an average of 50.68. Mithali has a great average of 43.68 in Test cricket, having scored 699 runs in 12 matches. She has also scored 2364 runs in 89 Twenty20 Internationals.

No One In The BCCI Forced Mithali Raj To Retire: Rajeev Shukla

In my view, Mithali Raj’s contribution as far as Indian women’s cricket is concerned is immense. You are aware that women’s cricket in India was not in a good condition, two decades back and there were even financial problems. Later, BCCI decided to take it under their setup and today team India is able to face teams like Australia and England which are far more developed,” Rajeev Shukla told ANI.

Mithali Raj is the one who took Team India to its pinnacle, not just in terms of performance but also in terms of leadership. As you know that BCCI never forces anyone to take such calls so it was ultimately her own decision to retire. We would like to wish her all the best and we hope that she keeps on contributing to Indian women’s cricket,” he added.

Mithali, who debuted in the early 2000s, is widely recognised as India’s finest female batter. She led the Indian team for quite a while.

Raj made her ODI debut at the age of 16 and quickly established herself as an important cog in India’s batting order. Raj became the first woman to play two decades of ODI cricket in October of this year, at the age of 36.

Mithali Raj is ranked seventh in the latest ICC Women’s ODI Batting Rankings, which were revealed on Tuesday.

Also Read: IND vs SA: It Is A Very Good Feeling, But Didn’t Come Under Very Good Circumstances – Rishabh Pant On His Appointment As Stand-in Captain