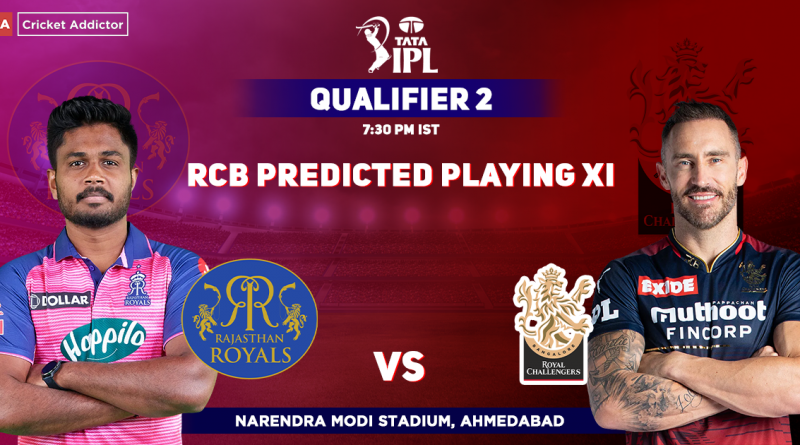 
Royal Challengers Bangalore take on Rajasthan Royals in Qualifier 2 in Ahmedabad on May 27 in a bid to make their first IPL final since 2016. The final will be played on May 29 and one of these two teams will play Gujarat Titans for the much-coveted title. Both teams played twice in the season earlier winning one game each.

Royal Challengers Bangalore qualified with a big favour from Mumbai Indians but played the Eliminator with a lot of authority. They beat Lucknow Super Giants by 14 runs on the back of a brilliant hundred from uncapped Rajat Patidar. Bangalore needs to keep the momentum going if they are to beat RR and make the final.

Given that they won the Eliminator comprehensively in the end, RCB would like to field the same Xi against RR in Qualifier 2 as well. In this article, we predict Royal Challengers Bangalore’s Playing XI against RR.

RCB skipper Faf du Plessis was out for a first-ball duck in the Eliminator against LSG. He is the leading run-getter for his side in IPL 2022 with 443 runs so far. Faf would look to get his team an ideal start against RR.