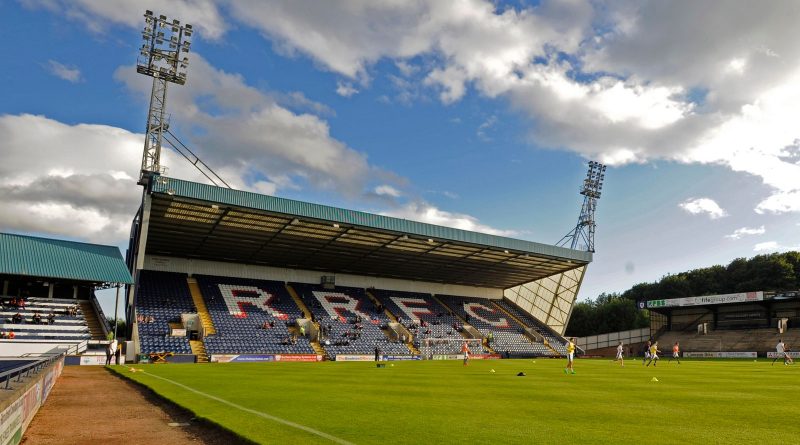 Scottish crime writer Val McDermid has taken to Twitter to declare her lifelong support of Raith Rovers has ended over the signing of “the rapist David Goodwillie”.

Goodwillie, who previously played for clubs including Dundee United, Blackburn Rovers and Aberdeen, was ruled to be a rapist in a civil court case in 2017 although no criminal proceedings were instructed.

He was ordered to pay £100,000 in damages by a judge after it was ruled he raped a woman in a flat in West Lothian in 2011. The Crown had previously decided not to prosecute Goodwillie due to insufficient evidence.

The striker, who has three Scotland caps, is currently the top scorer in the SPFL having netted 15 times for Clyde so far this season.

I have this morning ended my lifelong support of @RaithRovers over their signing of the rapist David Goodwillie. I have cancelled next season’s shirt sponsorship over this disgusting and despicable move. This shatters any claim to be a community or family club. 1/2

McDermid was the shirt sponsor of Raith Rovers in 2014, and in 2010 the North Stand at Starks Park was renamed the McDermid Stand in honour of her father who was a scout for the Kirkcaldy club.

Raith Rovers have been contacted for a response.

Raith Women’s captain Tyler Rattray announced she will be leaving the club in the wake of the Goodwillie signing. Writing on Twitter, she said: “After 10 long years playing for Raith, it’s gutting I have given up now because they have signed someone like this and I want nothing to do with it! It was good being captain of Raith while it lasted.”

After 10 long years playing for raith, it’s gutting I have given up now because they have signed someone like this and I want nothing to do with it! It was good being captain of raith while it lasted. https://t.co/5N4hDymGes

Writing on Twitter she said: “Due to recent developments within the club I have today tendered my resignation as SLO/DAO. My values and that of the club are now on a divergent path. I would like to thank everyone who has encouraged me and helped me through out my tenure. I have enjoyed meeting so many fans.”

In a statement issued on their website, Rape Crisis Scotland said: “We are surprised and deeply disappointed that Raith Rovers FC are happy to send such a clear message of disregard to survivors of rape and sexual violence in signing David Goodwillie.

“Fundamentally – though it seems Raith FC do not agree – women’s lives are more important than men’s talent or careers. Footballers are role models – particularly for young people – and it’s not okay to have someone in this position who has been found by a senior judge to be a rapist.

“We wonder whether those who took this decision thought for a second about how it may look or feel to survivors to have to watch someone judged to have committed rape be celebrated and applauded. This was a bad decision that sends entirely the wrong message, and it should be withdrawn.”