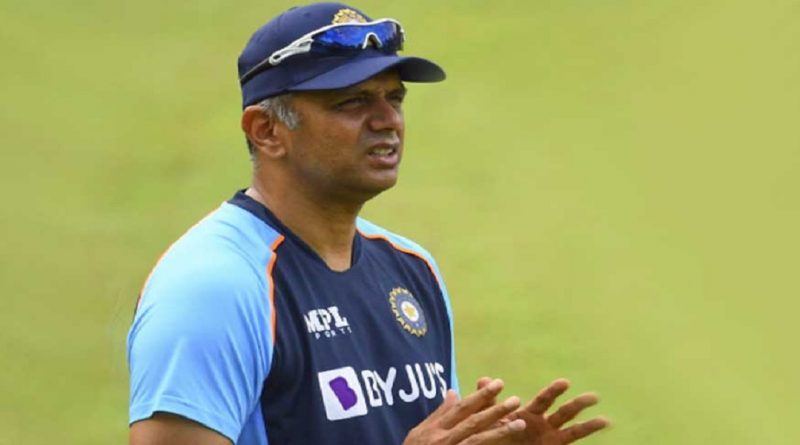 
The Indian team is set to take on South Africa in the upcoming five-match T20I series, starting on Friday (June 9).

The Indian selectors have named an 18-member squad, including the top-performers in IPL 2022, for the five T20 Internationals against the Proteas.

Senior players like Rohit Sharma, Virat Kohli, Ravindra Jadeja, Jasprit Bumrah, and Mohammed Shami have been rested for the South Africa T20Is. Opening batter KL Rahul will lead the 18-player squad in what would be his debut captaincy in the shortest format for India.

However, the senior players, who will miss the South Africa T20I series, have been named in the squad for the rescheduled fifth Test against England in Birmingham.

According to a report by Cricbuzz, a part of Rahul Dravid’s coaching staff will leave for England on June 16 along with the Test squad just after the third T20I. Dravid will stay with the T20I side until the conclusion of the five-match series.

The Indian head coach will depart on June 19 after the final T20I fixture. KL Rahul, Rishabh Pant, and Shreyas Iyer, who are also part of the Test squad, will join Dravid for the flight from Bengaluru.

The India-South Africa T20I series will be played between June 9 and June 19 with New Delhi, Cuttack (June 12), Vizag (June 14), Rajkot (June 17) and Bengaluru are the five venues that will stage the matches.

India are currently leading the five-match Test series against England 2-1 and will play the series-decider at the Edgbaston in Birmingham, starting on July 1.

Team India started their practice session on Monday for the T20I series under Dravid and KL Rahul.

Also Read: IND vs SA: Many People Have Said He Is “Not A Natural Leader” – Shaun Pollock Says Of KL Rahul’s Leadership