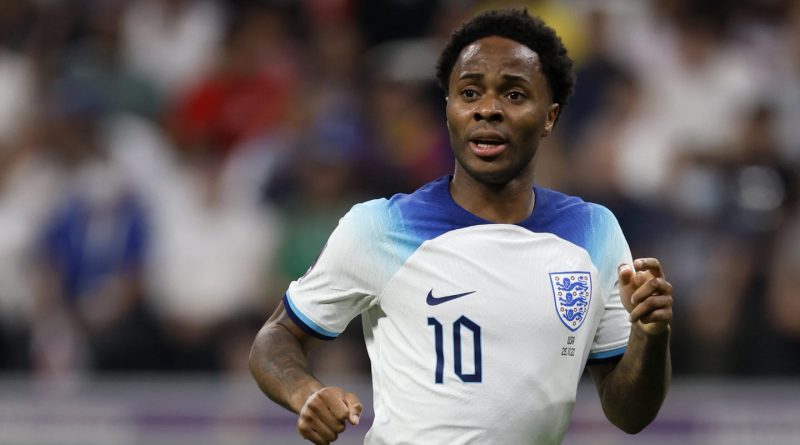 
Chelsea forward Raheem Sterling is expected to reunite with his England teammates on Friday ahead of the Three Lions facing holders France in the World Cup quarter-finals the next day.

Sterling was given a leave of absence to travel home last weekend after his house in Surrey was broken into and was not present as England beat Senegal in their first knockout tie.

Sterling’s fiancée, Paige Milian, was not home at the time but returned to the property to discover that a burglary had taken place and jewellery worth a reported £300,000 stolen.

Sterling was thought to have been understandably shaken by the incident and flew home to check on the wellbeing of his young family.

Surrey Police confirmed on Wednesday that two men have been arrested on suspicion of burglary in the Oxshott area where Sterling resides.

At the time of the player’s temporary departure from the squad, manager Gareth Southgate insisted he would not be ‘under any pressure’ regarding his timeframe for a return.

Sterling started each of England’s first two World Cup games against Iran and the United States, while he was an unused substitute against Wales as Southgate opted to rotate.

It seems unlikely that he will go straight back into the starting XI so soon after arriving back in Qatar, especially with both Phil Foden and Marcus Rashford impressing in his absence.

Harry Symeou hosts Scott Saunders, Sean Walsh, Ali Rampling and Brian Goldfarb to look back on the 2014 World Cup finals in Brazil – join us! If you can’t see the podcast embed, click here to download or listen to the episode in full!