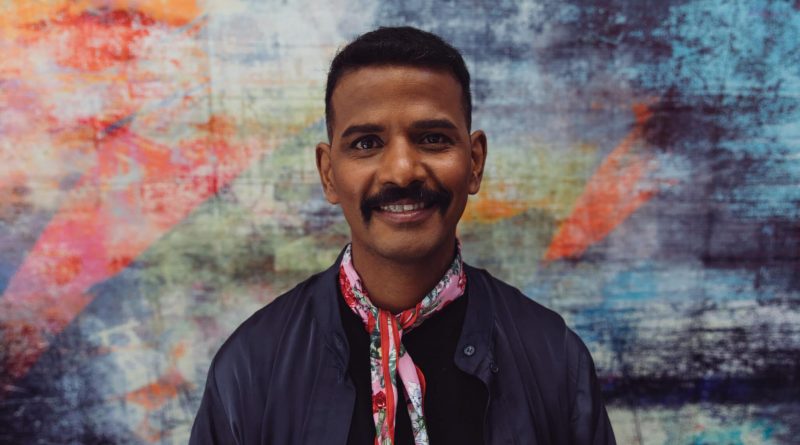 Asian men are “invisible” on the gay scene and face relentless racism from men who know that “whiteness is the currency”, according to Pradeep Mahadeshwar.

“The gay community has a rigorous racial order, and non-white men like me know where I stand in that hierarchy,” Pradeep tells PinkNews. “I realised long back that whiteness is the currency that holds a considerable advantage.”

Pradeep is a gay man from India who now lives in Ireland. He was recently the face of a new anti-racism campaign from the Gay Project, a Cork-based organisation that supports gay, bi, trans and queer men. Its latest campaign, called Proud AF, was launched in October to tackle racism among queer men in Ireland.

As part of the Proud AF campaign, Pradeep and other queer people shared stories of the racism they have faced from gay, bisexual, trans and queer men in Ireland. The campaign draws attention to sexual racism, fetishisation and the exclusion that happens every day in queer spaces.

Pradeep, an art director, wanted to get involved in the Proud AF campaign because he has come to realise that Ireland’s gay community “has little or, in some instances, nothing to offer for people of colour, immigrants and ethnic minorities”.

“Cis white gay men dominate the community, with no priorities or structured plan to include marginalised intersection into the mainstream,” he adds. “It has impacted my life, mental well-being, and sexual health.”

Pradeep has seen hundreds of other queer people of colour facing similar challenges year after year in Ireland – and yet, nothing ever seems to change. He says the Proud AF campaign has given him the chance to draw attention to sexual racism and the mental health of LGBT+ people of colour.

“Unfortunately, the current LGBTQ+ scene in Ireland hesitates to address these issues or even recognise them,” he says. “If you are Asian and LGBTQ+, you have to go through loneliness and face sexual racism at every stage within the community.”

Pradeep says queer people of colour are treated like “third class citizens” in Ireland, with their remarkable contributions to Irish life and society often going ignored.

“Unfortunately, most of my racist experiences are coming from the queer community,” he says. “For a gay person of colour living in Ireland, facing racism and exclusion within the queer community is not a rare experience. Irish or white men won’t accept people of colour as part of the community. From the dating apps to the in-person interactions, gay people of colour have learned that they are not acceptable and [are not] welcomed to the scene.

“The rigid racial hierarchies and beliefs keep people of colour outside of friendships and dating circles. On many occasions, I have been denied entry to gay clubs with the reasons ‘You don’t look gay enough’, or ‘You don’t dress up like gay’, or ‘You don’t look familiar’. At the club or the online dating scene, guys often say: ‘Sorry, not into Indian,’ or ‘no Asian curry’ or ‘no Black and Asian’ or ‘only into hot Latino’ or ‘no offence but only into Irish/whites.”

The main focus will always be on white gay men, and gay men of colour have to play the secondary role.

The result is that people of colour are rendered “invisible” by white queer men, Pradeep says.

“If you don’t fit into the white men’s sexual fantasies and fetishes, you are invisible,” he explains. “The rule is simple. Nightclubs or gay bars are not welcoming places for gay men of colour. People will see through you if you are a person of colour; no one wants to talk to you.

“There is no scope for friendships, dates or sex for Asian men; it all comes down to sexual objectification. There is space only for people from particular cultures and backgrounds which white men fantasised about. Most Irish guys feel ashamed to be associated with Asians or Black [people] in public.”

Pradeep experienced this invisibility directly when he joined an LGBT+ athletics club. He later found members would avoid him when he would see them at gay venues – particularly when they were surrounded by their white friends.

“This is just one example of how Irish gay men are afraid and ashamed of being associated with people of colour,” he says. “You can talk to other LGBTQ+ people of colour living in Ireland, and they will tell you similar stories. Asian gay men are untouchables; no one wants to be friends with them.”

He has had similar experiences on dating apps. He remembers crying when watching the Channel 4 series It’s a Sin because of the way Asian and Black queer characters effortlessly slotted into the gay community. He says the depiction is far removed from what he has experienced as a gay Asian man in Ireland.

“As a gay man of colour, I am aware that racism remains rooted in sexual desire, and I also understand that in the sexual field, the main focus will always be on white gay men, and gay men of colour have to play the secondary role,” he says.

Pradeep’s experience on the gay scene has been heartbreaking and degrading – but he has some hope for the future that things might change, paving the way for a more inclusive, welcoming community. He says he is “optimistic” that the Proud AF campaign will help stamp out racism among queer men in Ireland – but he also says there needs to be structural changes to make things better.

“We need people of colour at the LGBTQ+ leadership in Ireland, and we need visibility of people of colour in the mainstream media,” he says. “We need to educate the community that different skin tones, hairs, accents, and body types exist, and the queer world is not all about one colour and nationality.”

He would also like to see more “sex positive nightclubs” springing up that take a zero tolerance approach to racism, such as Grace and Strawberries, two queer club nights that were launched before the pandemic.

Pradeep also says that most of the people leading Ireland’s LGBT+ organisations are white – something that needs to change in order for meaningful change to become a reality.

“There are many LGBTQ+ social/support groups, but all-white committees run most of these groups,” he says. “The people who run these groups/organisations have a narrow view of inclusion, diversity and equality and are not trained for it.

“You can not stamp out the problem without acknowledging and understanding it,” he says.