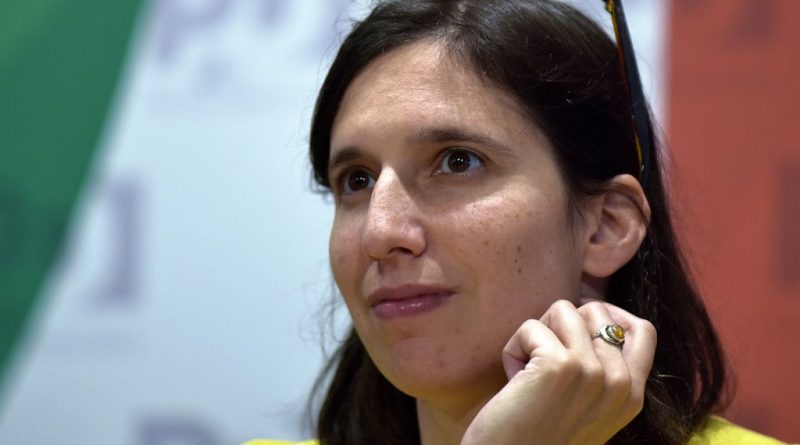 
If the polls are to be trusted, then Italy will soon be led by its first-ever female Prime Minister. But those on the left such as Elly Schlein won’t be celebrating. Known as the Alexandria Ocasio-Cortez of Italy, the 37-year-old socialist and rising political star began her career in 2014 representing Italy at the European Parliament before returning home to help defeat the far-right in Emilia-Romagna, a wealthy northern province where she has served as Vice President since 2020. These days, Schlein is contesting Italy’s Sept. 25 election as an independent candidate for parliament on the Democratic Party’s Progressive Italy list, and has spent the past several weeks campaigning up and down the country in a bid to once again thwart the far-right.

That task hasn’t been easy, though. Compared to the parties on the Italian right—which have already agreed on a shared platform that they plan to enact should they receive enough votes to form a government—Italy’s left-wing parties are divided, disjointed, and trailing in the polls. Even if they did manage to win a higher percentage of votes than the right, they wouldn’t necessarily be able to form a governing coalition. Although Schlein is willing to discuss what a potential government led by Giorgia Meloni—the leader of Brothers of Italy, a far-right party with neo-fascist roots—could mean for the country, she insists that the left still has everything to play for. “The fight is still open,” she says, “and we are fighting until the very, very last day.”

TIME caught up with Schlein in the run-up to the final week of campaigning to discuss what’s at stake for Italy in this election, why the left is so fractured, and what a Meloni-led Italy would mean for the country, Europe, and the West.

You have an unusual background compared to most other Italian politicians: You hold dual Italian and American citizenship, but you were born and raised in Switzerland. So how did you get involved in Italian politics?

In my family, politics was always around. My parents, with such different backgrounds, are still very engaged. They have never done politics directly, but we discussed it at home. I started being more and more interested in politics when I was first at school, then at university in Bologna. I was in the student movements and I went to the U.S. to campaign as a volunteer for Barack Obama’s presidential campaigns in 2008 and 2012. It was a rather new way of campaigning; it was the start of social media. And it was also a lesson for me because I saw very different people working together for a coherent vision of the future of the country. This method of grassroots campaigning is something that I tried to also apply here in Italy.

You’ve sparred against the far-right before. What was that experience like?

Two-and-a-half years ago, when I came back from the European Parliament, I was asked together with other people to build a new movement with a left, green, and feminist perspective for the elections in Emilia-Romagna. It was a regional election, but it had a national impact. [The far-right leader Matteo] Salvini was very strong in the country. He had more than 30% in the polls and was very competitive. We were at risk of seeing the right-wing winning in Emilia-Romagna, which is historically considered a stronghold—roccaforte, as we say in Italian—for the center-left. So I decided to run and we managed to win a very difficult election.

The Italian left appears to be more fractured today. Why is that?

Our opponents are very good at getting together, even if they do not share the same ideas and vision. You can see the contradictions every day between Giorgia Meloni, Matteo Salvini, and Silvio Berlusconi. But when it comes to elections, they stick together. And, usually, the left doesn’t manage to stick together.

I’ve always said we need to do two things: The bigger parties like the Democratic Party and the Five Star Movement have to try to be more coherent and clearer on the key issues—jobs, migration, climate—to appeal to more voters, especially the younger generation. At the same time, we have too many small parties on the left. I sometimes joke in Italian that on the left we have more parties than voters sometimes. We have to overcome the contradictions of the bigger parties and also the fragmentation of the smaller parties.

I would have loved an even broader coalition. But still, if you look at the polls, the Democratic Party and its allies are the only strong alternative to the coalition of Meloni, Berlusconi, and Salvini. So we are running to win this election and have the numbers to form a government.

What is it about Meloni that is so attractive to voters? Is the fact that her party was the sole opposition against the last unity government fueling her rise?

She has been in opposition for the past 10 years, so she was never blamed for difficulties during these times. [Meloni, however, served as the youth minister in Berlusconi’s government from 2008 to 2011.] She took dangerous positions on the pandemic because she was always against the COVID-19 green pass and all the restrictions. The lockdown itself was not an easy choice for any of us. But at some point, we have to listen to science and to people who are more competent than us politicians, and make difficult choices for the common good.

The right-wing is very good at naming the problems, but they never propose a solution that actually redistributes power, wealth, and knowledge. They stop there. Voters can sometimes relate to them because they talk about the concrete problems that people are facing. But the solutions that the right-wing propose is going in the opposite direction. One concrete example: They are campaigning for a flat tax on income. But if you lower taxes for the rich in a country with a whole set of problems, it means less money and public services for poor people.

What would a Meloni-led government mean for Italy?

If you look at her party’s international allies, you already see what kind of policies they are taking in their countries. Viktor Orbán has said that races should not be mixed. He has also passed laws against the LGBTI community and has canceled the right to seek asylum in his country. Another ally of Giorgia Meloni is the Law and Justice Party in Poland and they are undermining the independence of the country’s judges and are having a difficult discussion already with the European Union on the rule of law. The European Parliament voted on a resolution to condemn the attempts to violate the rule of law in Hungary and you know who voted against that resolution? Salvini’s Northern League party and Meloni’s Brothers of Italy party. How can it be clearer than that?

How important is it that Meloni could soon become Italy’s first female leader?

Not all women leaders help other women. There’s a difference between women leadership and feminist leadership. A woman Prime Minister who doesn’t defend the rights of all women—starting from the right to choose—is useless to other women. [Meloni is against abortion, though she insists she would not ban it. Regions under her party’s control have seen abortion rights curtailed.]

What impact will a far-right government in Rome have on the E.U.?

Salvini is one of the few Italian leaders who is questioning the sanctions against Russian President Vladimir Putin. Salvini is constantly attacking not the invasion of Ukraine, but the sanctions that the invasion made necessary. Italy must not become a grimaldello, a way to undermine the European Union’s coherence in this fight for democracy.

If a Meloni government does come to pass, what are the lessons you think the Italian left ought to learn from this election?

We will have to work very hard every day to regain people’s trust. In the last 10 years, my generation and younger ones have had a difficult relationship with politics. Too many people think that politicians are all the same; too many people think that politics has stopped being a way to improve their lives. And that’s true. Trust is not something that is easy to rebuild in 20 days of an electoral campaign. We are trying, and we are trying with the most progressive platform that Italy’s Democratic Party has ever presented.

I think we can regain credibility. And we can do this by opening the political class up to the younger generation, to women, because we are strongly underrepresented. But today, we are the best and strongest alternative to the far-right, which is looking to the past instead of the future.

One last question: You’re often likened to U.S. Congresswoman Alexandria Ocasio-Cortez. What do you make of the comparison?

I follow her and, obviously, I’m flattered by the comparison. But I think we operate in two very different political contexts and have two very different backgrounds. What is true is that there are similarities on the fights we face and on our approach—what we call an intersectional approach. What does that mean? We need to unite our fights for social justice, gender equality against patriarchy, and climate justice. We face the same challenges as Alexandria Ocasio-Cortez—but also Rashida Tlaib, the other wonderful congresswomen who are working with her, and Bernie Sanders.