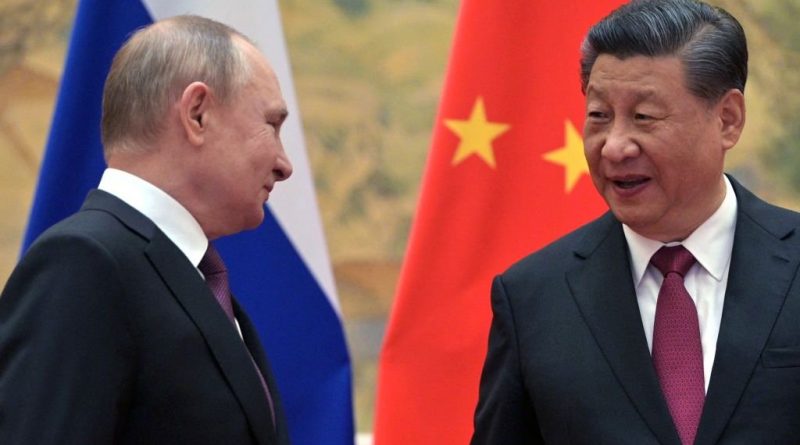 
It’s unlikely anything will top last time around. When Xi Jinping and Vladimir Putin last met face-to-face during the Beijing Winter Olympics on Feb. 4, the Chinese and Russian leaders stunned the world by announcing a partnership “without limits,” before Putin ripped up the international order with Russia’s full-scale invasion of Ukraine less than three weeks later.

On Thursday, the two strongmen are set to reunite on the sidelines of a Shanghai Cooperation Organization (SCO)—a nebulous China-led Eurasian political, economic, and security organization—summit in Uzbekistan. It forms part of Xi’s first overseas trip since the COVID-19 pandemic—he’ll arrive straight from a visit to neighboring Kazakhstan on Wednesday—and policy wonks across the globe will be parsing the meeting for signs of bilateral strain or solidarity.

“The meeting is going to be a strong political signal of China’s support,” says Marcin Kaczmarski, a lecturer in security studies at the University of Glasgow. “But I’m not sure whether it translates into any tangible results for Russia in financial terms.”

China has backed Putin’s military adventurism in Ukraine—refusing to describe it as an “invasion,” echoing complaints about NATO expansionism that Moscow uses to justify its actions, and amplifying Russian propaganda. The footprint of Chinese companies—especially technology firms and automakers—in Russia has swelled as Western firms have exited en masse. In May, Russia leapfrogged Saudi Arabia to become China’s top oil supplier, sending 8.42 million tons compared with 5.42 million in February.

However, Kaczmarski argues that these moves are organic responses to market forces and there has been no influx of state investment, loans, and manufacturing capacity to signal full-throated backing by Chinese policymakers. Russia’s faltering military campaign has likely surprised and irritated Chinese leaders, he says. Beijing has also been diligent not to send Russia weapons that could leave it vulnerable to secondary Western sanctions as its own economy reels from its increasingly untenable zero-COVID policy.

Aside from rhetoric and political backing, China has in fact been relatively measured in terms of material support for Russia since the Ukraine war, argues Kaczmarski. “Paradoxically, India and Turkey are helping Russia much more than China in the ongoing conflict.”

The SCO meeting—which will include nearly all former Soviet states, as well as both India and U.S. ally Pakistan—spotlights the immense difficulty the West faces in truly ostracizing Russia, in part due to ambivalent attitudes among poorer countries of the “Global South.” And while Putin’s July visit to Iran and weapons purchases from North Korea underscore Russia’s newfound pariah status, China still remains key to global supply chains and almost impossible to shut out.

Still, given China’s economic woes, it’s likely that Xi is wary of the potential turbulence that would come with grandstanding his relationship with Putin. Few analysts expect the two leaders to reaffirm their “no limits” partnership in Uzbekistan, not least since events over the last six months unequivocally demonstrate there are indeed distinct limits to how far Beijing is willing to back Moscow. Already, China’s Ambassador to the U.S., Qin Gang, has walked back the “no limits” rhetoric, saying that in truth the “bottom line” is the “purposes and principles of the U.N. Charter, the international law and basic norms governing international relations.” Sovereignty comes first, in other words.

At the same time, Xi will be hoping that meeting Putin will burnish his domestic standing as a leader who stands up to perceived Western bullying as he prepares to assume a third leadership term next month, shredding the time-honored protocol that Chinese leaders only serve two. The 69-year-old Communist Party prince-ling may seek to augment his nationalist credentials as relations with the West deteriorate over trade, technology, human rights, and other issues.

Some analysts suggest that Xi will use his meeting with Putin to warn the West to keep its hands off China’s own red lines—most crucially the status of Taiwan. House Speaker Nancy Pelosi’s visit to the self-ruling island—over which Beijing claims sovereignty—in early August was met with unprecedented military drills, the severing of commercial ties, and a diplomatic freeze with Washington. On Sept. 2, the U.S. approved $1.1 billion of arms sales to Taiwan, including 60 anti-ship missiles, 100 air-to-air missiles, and contractor support for a surveillance radar program.

Xi may be intending to tell the West: if you insist on supporting my adversary, why shouldn’t I do the same? “The most important thing China wants to signal [in Uzbekistan] is that the U.S. and Europe should not go too far to support Taiwan independence,” says Cheng Li, an expert on Chinese elite politics at the Brookings Institution. “If that’s the case, China will show even more support for Russia.”