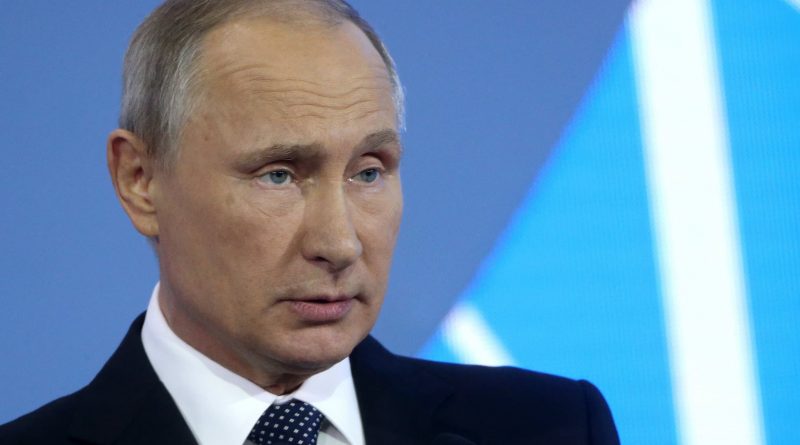 Russian President Vladimir Putin said Wednesday that his country is not using energy as a weapon against Europe and that Russia stands ready to help the region as its energy crisis continues.

“We are not using any weapons,” Putin told CNBC on Wednesday. “Even during the hardest parts of the Cold War Russia regularly has fulfilled its contractual obligations and supplies gas to Europe,” he said.

Describing reports that Russia has withheld gas supplies to Europe, Putin called such accusations as “politically-motivated blather” and there was “nothing to support it [the idea] that we use energy as a kind of weapon.” On the contrary, he said, Russia was “expanding its supplies to Europe.”

Putin’s comments came as he participated in a panel moderated by CNBC’s Hadley Gamble at Russian Energy Week.

Speaking ahead of the panel, which includes the CEOs of ExxonMobil, BP, TotalEnergies and Mercedez-Benz, Putin said Europe should “not deal in blame-shifting” over the energy crisis in the region and that European countries had not done enough to replenish gas reserves in the summer.

“Higher gas prices in Europe are a consequence of a deficit of energy and not vice versa and that’s why we should not deal in blame shifting, this is what our partners are trying to do,” he told delegates at Russian Energy Week, an annual event in Moscow which is now in its 20th year.

“The European gas market does not look to be well-balanced and predictable” he said, with the main reason being, he added “that not everything in this market depends on the producers, no lesser role is played by the consumers of gas.”

Nonetheless, Russia said it was ready to meet its contractual supply obligations and to discuss additional actions and cooperation with its European partners, Putin said.

The event is known to be where the president lays out his energy agenda for the Russian economy and features experts discussing politics, pipelines, investment and climate change as well as risks to global growth and security.

His comments come as Europe continues to grapple with a natural gas crisis following weeks of rising prices and concerns ahead of the winter season.

Last week, Putin offered to increase gas supplies to the region, a move that helped to stabilize prices. However, critics of the Kremlin said that Russia had purposefully undersupplied the market in order to manufacture the crisis in order to accentuate and highlight Europe’s dependence on its supplies, an accusation Russia denies.

Putin also said the “hysteria” engulfing European energy markets had been driven by insufficient investment in energy industries, arguing that the world needs a smoother transition to green energy technologies.

The pipeline has a number of prominent critics, including the U.S. as well as eastern European countries Poland and Ukraine, who say the pipeline increases Europe’s dependence on Russian energy supplies and weakens the region in terms of energy security.

Fast forward to today, and Kremlin spokesperson Dmitry Peskov said on Wednesday that Russia was supplying gas to Europe at maximum levels under existing contracts, according to the TASS news agency. He noted that Moscow was ready to increase gas transit through Ukraine if the EU increased its purchases.

Russia is the third largest producer of fossil fuels globally and it accounts for just over 40% of the EU’s gas imports every year, according to the latest data from Eurostat.

Given Russia’s position as one of the world’s main energy exporters, it is in a position of both strength and weakness. While Russia can (and does) use its resources to bolster government revenues, the global transition away from fossil fuels to greener energies and technologies means that it could find increasingly smaller demand for its resources in future.

Putin, who has been in power in Russia for over 20 years, alternating between the role of president and prime minister, finds himself at the helm amid this wider global transition.

This is a breaking news story, please check back later for more.