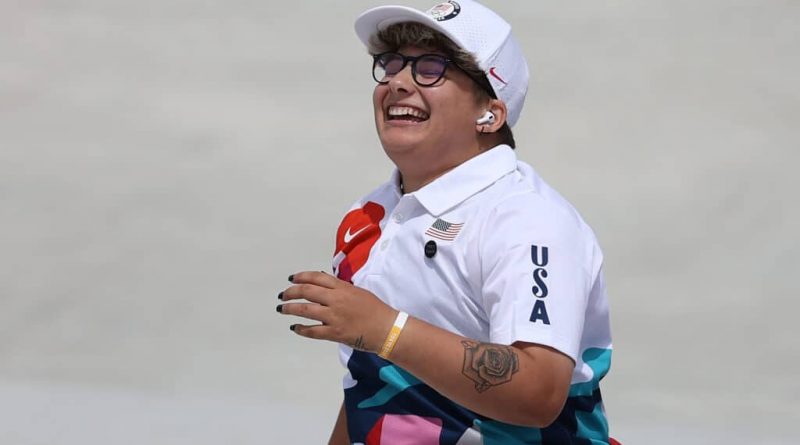 Skateboarder Alana Smith made history as the first openly non-binary athlete to compete for Team USA at the Olympics – but their landmark moment was marred by misgendering from commentators.

Smith competed in the women’s skateboarding street event on Sunday (25 July) and even had their pronouns etched onto their skateboard.

But sports commentators – including Todd Harris and Paul Zitzer for NBC Sports in the US, and Marc Churchill and Ed Leigh for the BBC in the UK – referred to Smith with the wrong pronouns throughout, much to the disappointment of LGBT+ fans.

“No one should have to be misgendered on an international stage like this,” Britni wrote. “Sports doesn’t know what to do with non-binary athletes.

“Shoutout to Alana Smith, the first openly non-binary athlete to represent the U.S. in an Olympic Games.”

This is journalistic malpractice. No one should have to be misgendered on an international stage like this. Sports doesn’t know what to do with non-binary athletes.

Shoutout to Alana Smith, the first openly non-binary athlete to represent the U.S. in an Olympic Games. https://t.co/7ane16AcRf

In the UK, Olympics fans noted that the BBC commentary kept misgendering Smith even when other countries commentators had corrected themselves.

“The Americans were having trouble at first but seem to have gotten it together,” one Twitter fan wrote.

@BBCSport tell ur commentator to get alana’s pronouns right they use they/them pronouns. hope this helps 🙂

@BBCSport please make sure the commentators at least TRY to use the correct pronouns for alana smith, they literally have their pronouns on the board. pic.twitter.com/WoMHc14Wl5

Smith’s profile on the Olympics website notes: “They are non-binary and use the pronouns ‘they/them’”, and uses the correct pronouns for them throughout their profile. However, at the top of that page, Smith’s gender is listed as “female”.

Stonewall, Europe’s largest LGBT+ charity, posted that Smith had been “repeatedly misgendered by journalists” and called for “swift corrections”.

“All athletes deserve to be respected and celebrated as part of the games,” Stonewall wrote.

Alana Smith with They/Them on their board at the Olympics pic.twitter.com/a5FtWqME8g

It really is pretty garbage hearing NBC commentators repeatedly misgendering Alana Smith when they literally have they/them on their board. pic.twitter.com/q6aJqOPESb

As fans continued to point out the mistakes made by BBC commentators Marc Churchill and Ed Leigh when it came to Smith’s pronouns, their colleague, BBC Sports reporter Tim Warwood, weighed in.

“It wasn’t myself commentating,” Tim wrote on Twitter. “I’m sure the boys would of course apologise to Alana.”

He added: “I hadn’t seen anything regarding gender and I’m 100 per cent sure they hadn’t either. Hence the mistake.”

thank you for responding ! It was writen on their skateboard! But of course its understandable that it was missed so just thiught to draw attention to it so people know for the future! Thanks again for the response Tim.

Alana Smith competed in the preliminary rounds on Sunday (25 July) but did not qualify for the finals.