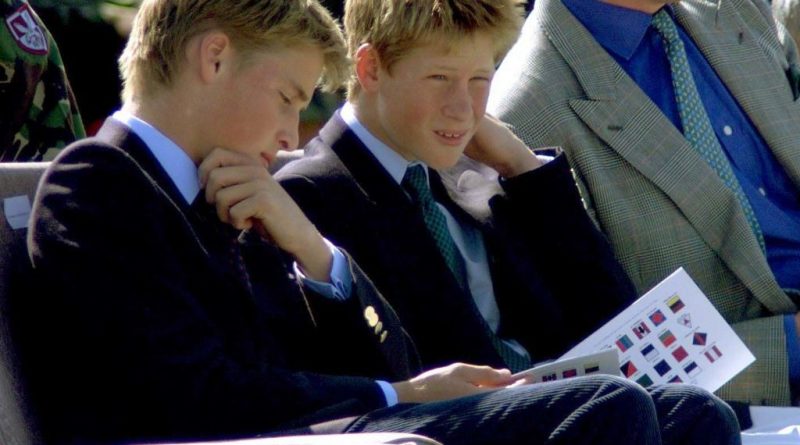 
Ahead of the Jan. 10 release of his debut memoir Spare, Prince Harry has been opening up about how he’s grown apart from his father, King Charles III, and his brother William, the Prince of Wales and heir to the throne.

The tensions in the family boiled over in public when, in January 2020, Harry announced that he was taking a step back from his royal duties because of what he saw as a lack of support from the palace staff over racist tabloid coverage of his wife, the American actor Meghan Markle.

In a copy of Spare obtained by the Guardian, he described Prince William pushing him to the ground, resulting in scrapes and bruises on his back, during a fight about Markle, whom William allegedly called “abrasive.” Harry also says in the book that he begged Charles not to marry Camilla, who is now the Queen Consort, and recalls that when his mother Princess Diana died 25 years ago, his father was standoffish and didn’t hug him. Leaked passages from Spare suggest tensions go back to birth—an underlying resentment of being “the spare heir”, while his brother is next in line to the throne.

Alexander Larman, author of The Crown in Crisis: Countdown to the Abdication and The Windsors at War: The King, His Brother and a Family Divided, argues that the two brothers tended to butt heads even before Harry left for America, stating, “Both of them are strong personalities, committed to a variety of causes and initiatives, and inevitably there have been clashes and disagreements along the way.”

There’s also a long history of such feuds. As Larman puts it, “Think of James II, who began as Duke of York and then made a spectacular mess of being king [in the 1680s] after [his brother] Charles II died. Or Richard III, who, if Shakespeare is to be believed, brought about the deaths of both his brothers Edward IV and the Duke of Clarence to ascend the throne [in the 1480s], only to be forced off it by Henry VII. Nobody’s thinking that Harry has had anything quite so dramatic in mind… yet, anyway.”

In a new 60 Minutes interview airing in full on Jan. 8, Harry claims that one of the reasons he’s going public about the drama is because the royal family’s relationship to the British press has made it impossible for him to have the private conversations necessary to mend his relationship with his father and his brother.

“Every single time I’ve tried to do it privately, there have been briefings and leakings and planting of stories against me and my wife,” Harry tells Anderson Cooper.

In a separate interview on U.K. broadcaster iTV, which airs a few hours before 60 Minutes, Harry argues that his father and his brother do not want to make amends. “I would like to get my father back, I would like to have my brother back,” he says. “They’ve shown absolutely no willingness to reconcile.”

In a six-part Netflix docu-series Harry & Meghan that debuted in December, Harry revealed that William screamed at him during a family meeting with his father and his grandmother, the late Queen Elizabeth II, shortly after Harry announced his desire to give up royal duties. Harry also claimed that he didn’t consent to a joint statement that the royal family put out in the brothers’ name to debunk rumors that William was bullying Harry. He claimed that the royal family’s staffers were willing to “lie to protect my brother” and his alleged misdeeds, but “for three years they were never willing to tell the truth to protect us,” meaning Meghan and himself.

The feud between the brothers is also about more than just their relationship with one another.

“The traditional ascription to the ill-will between William and Harry is that neither of their wives like one another and that has driven a wedge between them, coupled with a sense on William’s part that his younger brother has behaved irresponsibly and selfishly in abandoning any sense of duty by staging his quasi-abdication,” says Larman.

It remains to be seen whether the family will come together in a public show of unity before King Charles III’s coronation ceremony on May 6. Larman notes that Harry has chosen to air his family’s dirty laundry, arguing, “Today, we might not see royal brothers meeting on the field of battle, winner taking all, but instead we find them conducting their warfare via that rather more insidious weapon—the media—and hoping that the court of public opinion will favor one side over the other in a hopefully definitive way.”