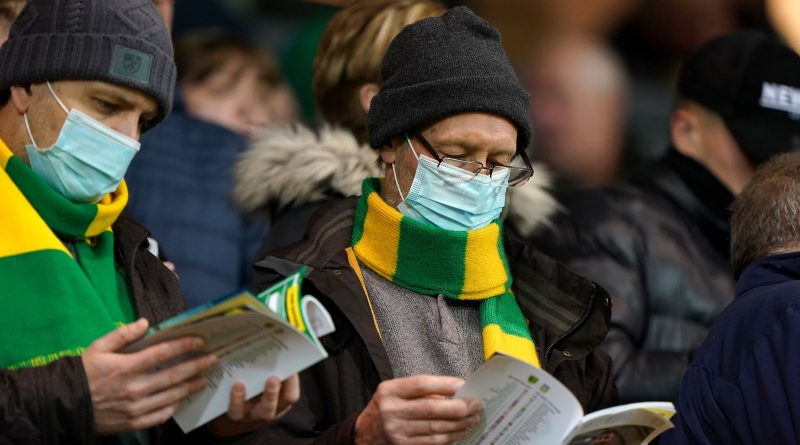 
The Premier League has turned down further requests from clubs for games to be postponed due to Covid-19 cases this week.

The only top-flight match to be called off this week has been Manchester United’s visit to Brentford, which was scheduled for Tuesday night.

The Premier League board makes its decisions to postpone games on a case-by-case basis, taking into account medical advice and determining whether the club making a request has managed to bring an outbreak of Covid-19 under control.

On Monday, the Premier League announced 42 new positive coronavirus cases among club players and staff – the highest weekly figure recorded since the release of testing results began in May last year.

United were forced to close first-team operations at their Carrington training complex on Monday afternoon after recording a “small number” of positive Covid cases among first-team players and staff.

Meanwhile, Tottenham have called off their last two games after a Covid outbreak among their first team, but returned to training on Sunday, while their game at Leicester is set to go ahead on Thursday evening.

Norwich and Aston Villa also reported cases this week, but played out their fixture on Tuesday night with Villa winning 2-0 at Carrow Road.

Brighton manager Graham Potter revealed there were “three or four” positive tests among his playing squad, but their match with Wolves on Wednesday is set to go ahead. Brighton are also scheduled to play Manchester United on Saturday.

The Premier League wrote to all of its clubs last Thursday instructing them to reinstate Covid-19 emergency measures, with testing of players and staff set to be increased.

Spectators will be required to show proof of double vaccination against Covid-19 or a negative lateral flow test to attend sporting events with crowds of more than 10,000 people after MPs approved government plans.

The proposals were part of the government’s ‘plan B’ to tackle the rise in Covid-19 cases caused by the Omicron variant, and were voted into force in the House of Commons on Tuesday evening by a majority of 243.

Sky Sports News understands Premier League clubs – whose average attendances all exceed 10,000 – have been preparing for this eventuality.

Covid cancellations: Which games are off? What are the rules?

Tottenham’s game with Rennes will not be rescheduled and has been referred to a disciplinary panel, UEFA has confirmed.

A date for the rearranged fixture will be announced in due course.

Manchester United made a request to the Premier League to postpone the fixture after being forced to close first-team operations at their training ground on December 13.