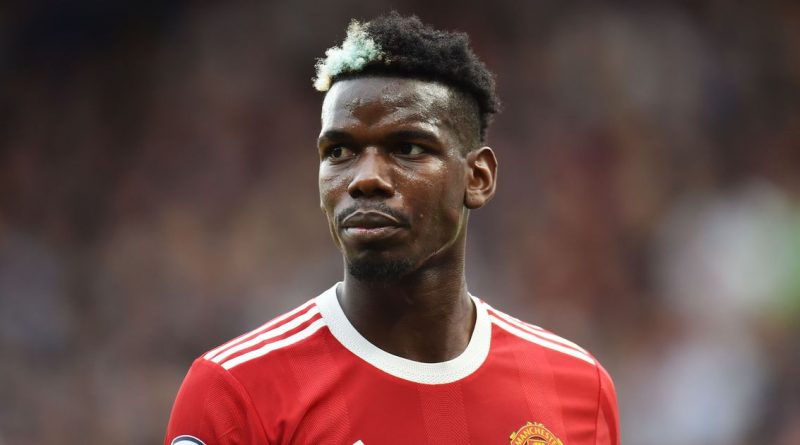 Only seven games into the campaign so far and the league has seen last gasp winners, returning stars, and upcoming fan favourites.

As Liverpool, Chelsea, and Manchester City pull ahead atop the league, others do their best to keep pace, while at the bottom end a relegation battle is already forming.

Much of the plaudits have rained down on the likes of Cristiano Ronaldo, Mohamed Salah and their fellow forwards.

But what about those in the midfield engine room?

Here Mirror Football ranks the top 10 midfielders in the top-flight based on the opening two months of Premier League action.

The Chelsea loanee has hit the ground running in Patrick Viera’s reinvigorated Crystal Palace side. Quite literally.

Gallagher has become known for his relentless energy and his constant pressing has caused opposition teams untold problems.

With two goals and an assist from the middle of the park already he continues to impress.

In addition, Gallagher swept consecutive man of the match awards in August, and consecutive player of the month awards for Palace too.

The Eagles have looked like a team transformed from last season under Vieira, and Gallagher’s contribution has made a huge difference.

The 24-year-old has quietly become one of the best passing midfielders in the league and has continued that into this campaign.

Despite Leicester struggling around him, Tielemans is the beating heart of his team, often conducting the match from the middle of the park.

Combined with teammate and destroyer Wilfred Ndidi, Leicester have one of the best midfield duos around on their day.

Tielemans was instrumental in helping his side battle to a point at Burnley, setting up Jamie Vardy’s goal with a superb pass.

Sadly for the Foxes, they’ve had little else going for them in the opening stages of the season, and they’ll need Tielemans’ form to continue if they are to climb back up the table.

The 6ft Frenchman has got off to an amazing start under new boss Rafael Benitez.

A thumping opening day strike against Southampton set the tone, and his dynamic, powerful displays have punctuated his play so far this campaign.

He has dominated in a new more advanced role, and terrorised Manchester United during their 1-1 draw prior to the international break.

He bullied United’s own midfield and helped set up Andros Townsend’s equaliser for the game.

With two goals and four assists in the league already, he has contributed considerably at the business end, beating his tally for last season, with more almost certain to come.

Kovacic’s importance to Chelsea was evident in their toughest game – and simultaneously their worst performance – of the season, where they lost 1-0 to Manchester City.

The Blues struggled to find a way past the reigning champions’ indomitable press, but Kovacic seemed to be the only player to keep his composure and help knit together a passage of play.

In a midfield boasting the talents of N’Golo Kante and Jorginho, Kovacic has become equally as integral to Thomas Tuchel as Chelsea look to mount a title challenge.

Able to contribute to both sides of the game, Kovacic has no issue doing the dirty work as well as operating with elegance in the middle of the park.

Like many, the midfielder has his career reinvigorated by the arrival of Tuchel and is paying his manager back in frequent dividends.

In the run-up to the Euro 2020 championship over the summer, you would have been forgiven for not putting Declan Rice front and centre of the England team.

But coming out of the tournament he was one of many stars and has continued that form into the new season for West Ham.

The West Ham academy graduate is a dynamic runner, able passer and reads the game better than most.

So much so his performances are increasingly drawing the attention of the Premier League’s big guns, who are keen to tempt him away from east London – something David Moyes will be desperate to avoid.

One player who will be more keen than most to link up with Rice is childhood friend Mount, who has been having a superb season so far himself.

The England ace has become a vital part of a dominant Chelsea team, linking a virtually impenetrable defence to an unstoppable attack.

Just how good he has been is perhaps summed up by Chelsea’s performances in his absence recently.

The Blues play like they are missing a crucial piece of their puzzle, but with Mount returning to full fitness, one of the best young midfielders in the world will be back in action soon enough.

Liverpool are fairly well-stocked for midfielders, even despite the departure of Georginio Wijnaldum this summer.

But few would have predicted it would be Jones who has outshone the rest and kept out some of Liverpool’s household names.

Injuries handed the academy graduate his chance to force his way into Jurgen Klopp’s plans, and he has grasped it firmly with both hands.

An impressive display in Europe against Porto was sandwiched between decent showings in the draws with Brentford and Man City.

And with some big fixtures to come, the 20-year-old looks set to keep his place as Liverpool battle to regain top spot.

Paul Pogba has excelled at times this season
(

Manchester United have had a hot and cold season, but when they blow hot the Red Devils are unstoppable.

Often that seems to be the case when World Cup winner Pogba is in the right mood – as the opening day proved.

Pogba was outstanding in the 5-1 thumping of Leeds and has been a key figure in United’s decent start thus far.

There are few players who can produce the searching passes over and through defensive lines like he can and despite all his critics, it is still impossible to deny the obvious talent Pogba has.

United may need to rely on it in the months to come.

Darling of the nation, Grealish was a fan favourite for England over Euro 2020 and became a £100million man when he moved to Manchester City.

Usually Guardiola tends to ease his signings in, but with the 26-year-old he spared him barely a breather and Grealish has played almost every league minute of the new campaign.

Nothing’s changed from the hairband to jinking runs that weave between the opposition, but he has started to add more end product to his game.

Surrounded by superstars, and under the tutelage of one of, if not the, best coach in the world, Grealish has improved on where he left off last season, which is a frightening prospect in itself.

It is difficult to overstate just how good Silva currently is.

For starters, in a team littered with stars – including one of the world’s best in Kevin De Bruyne – it is Silva who has stepped up as the most in-form midfielder under Guardiola so far this season.

His passing has sliced right through opposition teams at times, while his pressing and trickery has been a nightmare for defenders to play against.

And as long as Silva remains in this form, the rest of the Premier League has a problem.