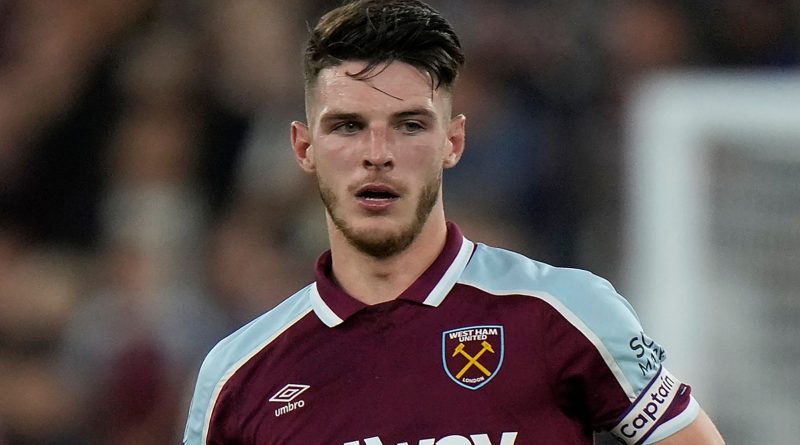 After winners galore at the weekend, our tipster Jones Knows is backing Arsenal to win and Declan Rice to have a shot on target from outside the box at 12/1.

How did our bets do last weekend?

After nailing six winning betting angles out of nine – all at odds-against – this weekend in the prediction column it was just lovely to nail the two-point 7/2 main bet (Newcastle with a +2 corner handicap vs Leicester and second half to be the highest-scoring half in Palace vs Everton) to take my profit for the season to +39.

It was a strange feeling as there wasn’t the usual drama or rollercoaster of emotions – it was a straightforward process. Newcastle roared into an early corner lead and never looked like surrendering with Leicester happy to play on the counter-attack. They won the corner count 6-4 eventually. One goal in the first half of Palace vs Everton wasn’t ideal but goals from James Tomkins and Soloman Rondon landed us the spoils with over 20 minutes to spare of the second Super Sunday game.

1pt on Arsenal to beat West Ham and Declan Rice to have a shot on target from outside the box (12/1 with Sky Bet – Bet Here!)

Arsenal are making The Emirates a fortress. I want to back them vs West Ham.

Thou shall not pass the axis of Aaron Ramsdale, Ben White and the impressive Gabriel. They have won eight of their last nine matches at home, winning the last four without conceding a goal. Further back, they have won 10 of the last 12 home fixtures. Plus, that aforementioned axis has still yet to concede a goal before the 38th minute in any of their 13 games playing as a trio. It’s providing their teammates a fine base to work from.

West Ham’s attack may struggle to break through. Since beating Liverpool, the Hammers have picked up just five points from the last 15 available, failing to beat Burnley and Brighton along the way. Defensively they’ve looked up to their usual standards, but there has been a drop-off in terms of chance creation in forward areas. In that five-game run, West Ham have averaged an expected goals figure of just 0.8 per 90 minutes, way down on their 1.7 average per 90 since the start of last season.

It’s worth pointing out they have played Chelsea and Manchester City in that run but having watched them against Burnley there was an alarming lack of creativity in the final third. Perhaps Michail Antonio is feeling the pinch? He looked a little leggy in the 0-0 draw and hasn’t scored now for 710 minutes of action for his club.

One area of the pitch where West Ham will have an edge is in central midfield as Declan Rice’s form continues to impress. To my eye there isn’t a better all-round midfielder than him in the Premier League – he can do it all. That includes making a difference in the final third. It’s an area of his game he’s openly spoken about improving this season and there have been more signs of him joining attacks utilising his immense ball-carrying skill. He ranks second in the Premier League for distance carried with the ball this season (3804m) – only behind Allan Saint-Maximin.

I’m absolutely convinced he’s going to become even more of a force in the next few months. The more confident and experienced he becomes at driving into the final third, the more he’ll become overpriced in various shots and goals markets. I’ve been tempted in for this fixture for him to have a shot on target from outside the area. He’s fired six on target in his last seven Premier League fixtures and went close with an off-target attempt in the draw with Burnley.

Rice will be licking his lips. The 12/1 with Sky Bet for an Arsenal win and Rice to hit the target from outside the box is very chunky.