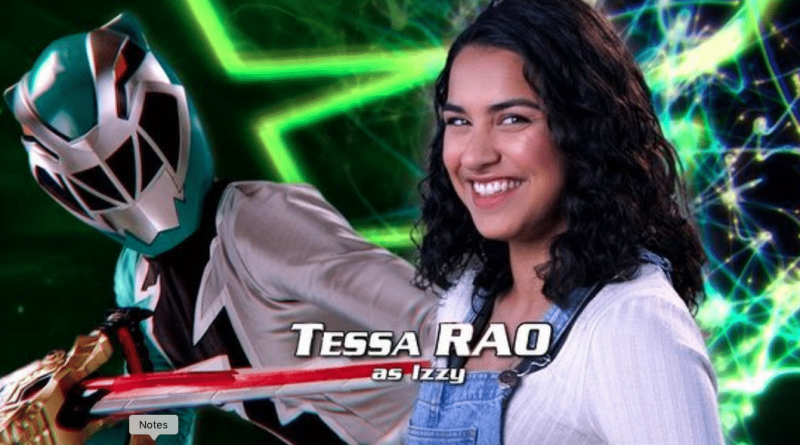 
Power Rangers Dino Fury star Tessa Rao has spoken out about the experience of playing the first ever LGBT+ Ranger in the franchise’s television history.

The show’s move to Netflix is bringing the world of Power Rangers to a whole new generation.

At the same time, Power Rangers is making unprecedented steps in LGBT+ representation with the Green Ranger, Izzy Garcia.

In a recent Dino Fury episode, Garcia is depicted holding hands with her girlfriend in a touching but casual display of every day affection.

Speaking about the experience of playing Izzy to ComicBook.com, Rao, 23, revealed: “It means so much. It’s definitely this representation. This story is what made me, and continues to make me want to do this job.”

“One of the most powerful things that we can do as performers is tell the stories of people that haven’t been told either at all or correctly or enough, and there are a lot of stories like that out there, not just this one,” the New Zealand actress continued.

“I don’t think that it’s the only part of Izzy that’s important, I think it’s just part of her identity, but I also can totally respect and appreciate how big of a moment this is, and I’m really proud. I just feel so proud to be a part of it.”

Power Rangers Dino Fury executive producer Simon Bennett took to Twitter after the episode first aired in France last month and said he was “very happy” to see such a positive reaction from viewers.

He also took a moment to respond to one user who argued that the move was a marketing ploy while complaining that LGBT+ representation should have been included in the show years ago.

“I assure you, it was no marketing ploy,” Burnett responded. “And yes, well overdue,” he admitted.

Although it is a first for the Power Rangers on television, the 2019 major motion picture Power Rangers, starring Elizabeth Banks and Bryan Cranston, did include a subplot about the Yellow Ranger (played by Mexican-American singer Becky G) struggling with her sexuality.

LGBT+ storylines have never been explored in any of the franchise’s various TV series however. “I didn’t realise either that it was the first in the TV history,” Rao admitted.

“So, I assumed it was probably quite a big deal, but I think for me that actually, the scarier part was having to cut my hair…”

Putting her hair drama aside, Rao eventually began to realise the part was a truly game changing role.

“It wasn’t like, ‘Oh my goodness, I’m going to have to play this character,’ but then once it started happening, and I started really realising the weight of it, I was like, ‘Oh wow, this is such an honour. I’m so lucky to get to have this opportunity.’”