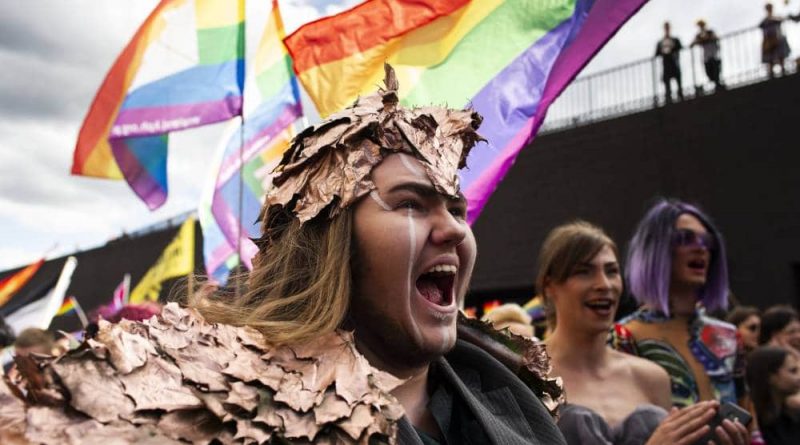 Thousands of LGBT+ people and allies took part in the Equality Parade in Gdansk, Poland on 21 August 2021. (Piotr Lapinski/NurPhoto via Getty)

On Thursday (28 October), lawmakers gathered in Parliament to debate the so-called “Stop LGBT” law, which is a citizen’s legislative initiative that was filed by conservative campaigners.

Lawmakers are to meet Friday to vote on whether to reject or continue work on the proposal. It remains unclear whether the bill has the backing needed to progress out of the Sejm, the lower house.

One of the right-wing activists who presented the proposal to parliament, Krzysztof Kasprzak, said LGBT+ rights amount to Nazism with the goal of “overthrowing the natural order and introducing terror”.

It was to left-wing deputy parliament speaker Włodzimierz Czarzasty, the “most disgusting speech” he had ever heard in Parliament, ABC News reported.

If you’re watching Poland today you might see “Stop LGBT” trending & wonder what the f*. Well, it’s no joke. It’s an actual bill by religious extremists being considered by parliament today. It practically outlaws LGBTI people in the public, making them pariahs.
Read for yourself pic.twitter.com/GKYGf4OvzD

The legislation, if passed, would restrict Poles’ right to free assembly and effectively make the country an “LGBT free zone” – which one-third of the country already is, according to the Atlas of Hate.

According to the draft bill, the legislation would ban public assembly that “questions marriage as a union between a man and a woman” or “advocate the extension of the institution of marriage to same-sex couples”.

“Promoting preferential treatment of same-sex unions, promoting same-sex adoption [and] promoting sexual orientations other than heterosexuality” would also be prohibited, meaning that Pride parades would be squashed.

The Life and Family Foundation, an anti-abortion organisation, sourced the more than 140,000 signatures needed to propel the citizen’s legislative initiative into parliament.

It’s a bill that has shuddered fear through Poland’s LGBT+ community and activist groups, long used to the country’s right-wing government “normalising” such hatred.

Politicians vilify LGBT+ people as an “ideology” on a weekly basis, where Jaroslaw Kaczynski, the leader of Law and Justice and the most powerful politician in Poland, says the community “threatens the nation“.

“Pride is an important moment for LGBTI people and their allies to celebrate their love,” Nils Muižnieks, Amnesty International’s Regional Director for Europe, said in a statement.

“It is also a protest against exactly the kind of discrimination that the Polish authorities are gradually writing into the law.

“This proposal, which is part of a wider crackdown on LGBTI rights, has no place in any parliament. We call on Polish MPs to reject this hateful proposal which is discriminatory to its core.

“This initiative may not have originated with the Polish government, but let’s be clear – the government’s normalisation of hateful rhetoric has created an environment in which people feel empowered to spew bigotry.”