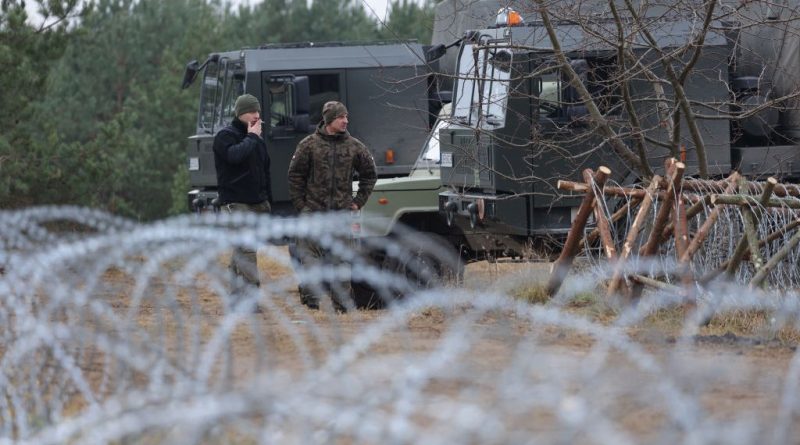 
WARSAW, Poland — Polish soldiers began laying razor wire Wednesday along Poland’s border with the Russian exclave of Kaliningrad after the government ordered the construction of a barrier to prevent what it fears could become another migration crisis.

Defense Minister Mariusz Blaszczak said a recent decision by Russia’s aviation authority to launch flights from the Middle East and North Africa to Kaliningrad led him to take measures that would strengthen security “by sealing this border.”

Blaszczak told a news conference in Warsaw that the border needs to be sealed in order for Poland to feel secure. He said he had authorized the construction of a temporary barrier along the 210-kilometer (130-mile) border.

Blaszczak said the barrier would be made of three rows of razor wire that will be 2½ meters (eight feet) high and three meters (10 feet) wide and with an electronic monitoring system and cameras. On the Polish side, a fence keep animals away from the razor wire.

The chief executive of the Khrabrovo airport in Kaliningrad, Alexander Korytnyi, told Russia’s Interfax news agency on Oct. 3 that his airport would seek to “attract airlines from countries in the Persian Gulf and Asia,” including the United Arab Emirates and Qatar.

Wisztyniec is a village where the borders of Poland, Russia and Lithuania meet. Lithuania, like Poland, is a member of both NATO and the European Union.

“The barrier will be built is several places as the same time,” Aleksandrowicz said.

There were no detected attempts to cross into Poland illegally from Kaliningrad in October, Aleksandrowicz said.

To date, there has been no barrier along the border, but only frequent patrols by border guards, another Border Guard spokesperson, Konrad Szwed said.

Polish and other EU leaders accused the Belarusian government — which is allied with Russian President Vladimir Putin — of masterminding the migration in order to create chaos and division within the 27-nation bloc.