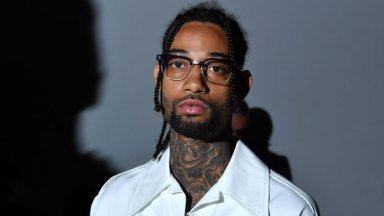 
Rapper PnB Rock has died after being robbed and then shot in Los Angeles on Sept. 12, per the Los Angeles Times. PnB Rock, whose birth name is Rakim Allen, was 30 years old. According to Los Angles police Capt. Kelly Muniz, PnB was targeted after his girlfriend, Steph Sibounheuan, posted a since-deleted photo of him dining at  Roscoe’s Chicken & Waffles on social media and tagged the location, which was on the corner of Main Street and Manchester Avenue. “He shot the victim and ran out the side door to a getaway car and then fled the parking lot,” Kelly told the publication.

An officer within the LAPD confirmed to HollywoodLife that a shooting occurred on the “100 block of Manchester Ave.” at about 1:30 in the afternoon and that “officers responded and found a victim suffering.” According to The Times, PnB was transported to the hospital, where he was pronounced dead at 1:59 p.m.

The “Selfish” rapper had recently become an independent artist and was very proud of the feat, even including it in his Instagram bio. His last release, “Luv Me Again”, dropped on Sept. 3. Read on to learn more about the Philadelphia-born rapper.

PnB Rock Thought He Was Best At Producing Beats

PnB didn’t feel like a vocalist and didn’t want to “label” himself into one category of artistry or genre. “It’s like, what do you label yourself, when you still infuse rap into your s—t?” he debated to Paper Magazine in 2017 (via the LA Times). “People can’t say I’m a rapper, but I don’t feel like I’m a singer either. I’m not hitting super high notes and going crazy. I can’t give you Chris Brown singing. I just got good melodies.”

PnB was a huge fan of beef tacos. “I always eat tacos,” he gushed to Fuse in Dec. 2017, adding that he always ate them in the recording studio. “I really like beef tacos. I like the sauces, the sour cream with the lettuce, cheese … you can’t mess it up. I probably eats, like, 3,000 tacos. I could eat tacos for breakfast, lunch, and dinner.”

Drake Was A Huge Inspiration For PnB

In the same interview with Fuse, PnB revealed he had been listening to Canadian-born rapper Drake since he was in a juvenile center at 8 years old and praised him for paving the way for a new style of music. “Who else before him in my era was rapping and singing?” he asked before revealing he had some collaborations with Drake coming up. “I just sent him two songs, he’s really hype about them. He told me one of my songs was one of his favorite songs — a remix that I did [of French Montana and Swae Lee‘s] ‘Unforgettable.’ He basically said, ‘The song was already a hit, I don’t know how you could make an already-a-hit, a super-super-hit,’” he recalled. “I was like, ‘Damn. Drake said that about my music?’” PnB also collaborated with Chance the Rapper, Ed Sheeran, Wiz Khalifa, Young Thug, and more throughout his career.

PnB’s Favorite Song Was Super Personal To Him

PnB also revealed his favorite song off his debut studio album, Catch These Vibes, in his interview with Fuse. Called “Pressure”, it is about handling his growing career and personal obligations. “I recently lost my brother, you know?” he began. “Me and my mom, my baby mama, was like going back and forth about like me not really having time to be around as much as I used to. Everybody … thinks I’m like living this lavish life, you know what I’m saying? But I still deal with the pressure on my shoulders. This is what I was talking about in the song.” PnB shared two daughters, Milan and Xuri, with his girlified, Steph.

PnB Wanted To Be With Steph Forever

Although Steph and PnB had their ups and downs, the rapper made it clear he wanted to spend the rest of his life with the mother of his two children. In a song called “Angel Energy”, he rapped about his love for her and shared a video compilation to Instagram composed of clips with her with the song playing in the background. In the caption of the Instagram post, shared on July 20, he called Stephanie a “true life partner” who makes him “stronger, more spiritual and smarter”. He also told her he looks forward to spending “the rest of eternity” with her.