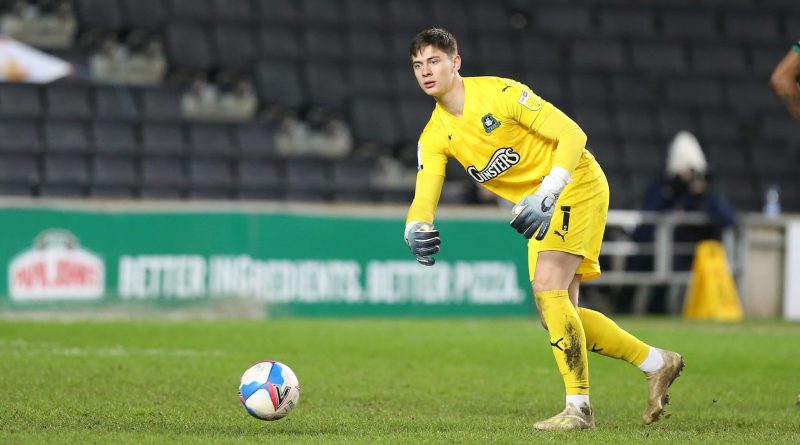 Plymouth Argyle goalkeeper Mike Cooper says he was subjected to homophobic slurs spewed at a League One match in Lancashire, England.

And to the @ASFCofficial young fans, homophobic slurs aren’t acceptable.

Cooper made the claim after Plymouth leapt back to the top of the League One with a 4-1 away win. Some 3,130 people had packed the Wham Stadium for the match., PlymouthLive, a local newspaper, reported.

Accrington fans were stood in the stand behind one of the goals, multiple Twitter users said, when the comments were made in the second half. Cooper and Argyl had defended at the time.

Both clubs have backed Cooper, with Plymouth describing “consistent homophobic slurs” being thrown at him.

In a social media statement, Accrington Stanley FC said the club has launched an investigation and will take “appropriate action if required”.

“ASFC are aware of a Twitter comment from the [Plymouth Argyle FC] goalkeeper with regard to alleged homophobic comments and are conducting investigations,” the statement read.

“Stanley prides itself on being an inclusive community club and we will take the appropriate action if required.”

Plymouth Argyle said in a statement on the club’s website: “During the second half of our Sky Bet League One fixture at Accrington Stanley, one of our players reported being subjected to consistent homophobic slurs from a small number of supporters within the stadium.

“Plymouth Argyle condemns this behaviour in the strongest possible terms, and applauds our players for taking a stand in the fight against discrimination.

“We would also like to thank our colleagues at Accrington Stanley, who have acted swiftly and supportively to begin an investigation to identify the individuals involved.

“Football is for everyone, and the club remains committed to playing our part to build a more inclusive sport.