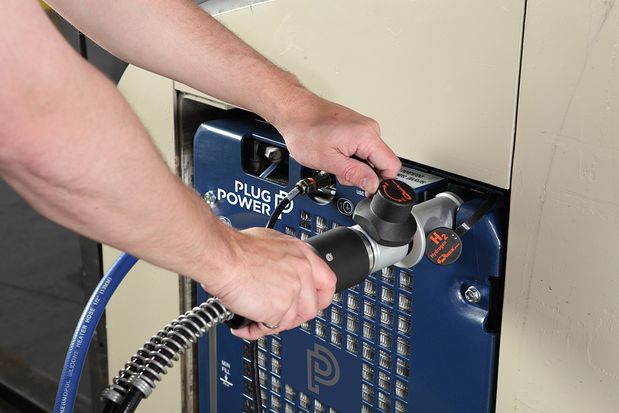 gave bullish 2022 sales guidance on Wednesday. The stock, however, was down immediately following its release.

Better-than-expected sales are a positive, but investors, it appears, were looking for an even higher number. Plug shares are down about 1.9% in early Wednesday trading. The

The move in the stock, however, is relatively small, and Plug shares tend to be volatile. The stock has moved about 8%, up or down, on average after company earnings reports for the past two years. The move indicates that, while a little disappointed, Plug investors are OK with the initial goal.

The company is hosting a conference call beginning at 10 a.m. Eastern time to discuss its outlook. Analysts and investors will be interested in 2022 sales and also how hydrogen technology is developing and being adopted.

Hydrogen is a potentially sustainable solution for some of the world’s energy needs. Hydrogen gas production and technology is still more expensive than alternatives, such as diesel fuel and engines, but costs are expected to come down in the future.