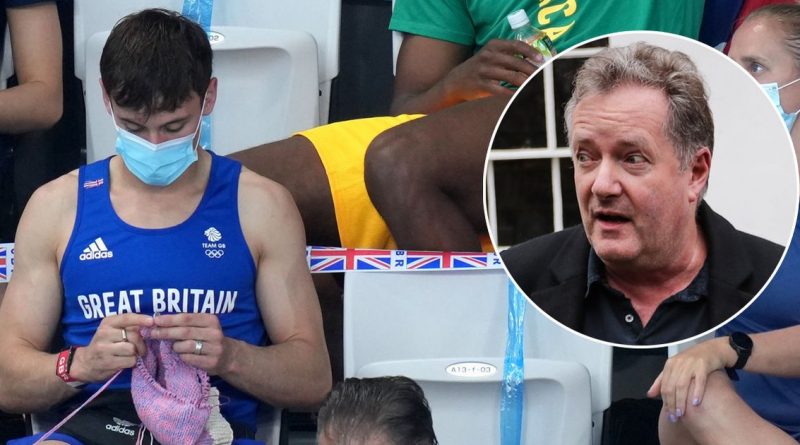 Piers Morgan used an image of Tom Daley knitting as evidence to back up his latest dig about the entertainment value of the Tokyo Olympic Games.

Former Good Morning Britain presenter Morgan has heavily criticised the Games, suggesting a lack of fans takes away from the spectacle.

And viewers watching the women’s 3m springboard final were surprised to see the 27-year-old with his needles and purple wool poolside.

TV cameras panned to Daley, wearing a mask and Team GB uniform, just before the third round of dives.

The images soon went viral on social media, and Morgan claimed Daley knitting proves ‘nobody cares’ about this Olympic Games.

He tweeted: “People attacked me for saying nobody cares about these Olympics (for reasons beyond control of the athletes).

“Here is Tom Daley doing his knitting during the women’s 3m diving final. I rest my case.”


However, Morgan predictably received plenty of backlash on Twitter by Team GB supporters and Daley’s followers who have been keeping a close eye on the games.

“Keep tweeting. You are making the Olympics more popular. So he has found a stress reliever. Maybe you should try it yourself,” one replied.

Daley has a dedicated knitting page on Instagram called ‘madewithlovebytomdaley’ which boasts over 100,000 followers, where he shows off his creations.

He even stitched a special holder for his Olympic gold medal which included the Union Jack flag and the Japanese flag.

The Olympic hero uses the pastime for relaxation and has said that the process helped keep his sanity during the challenging times before securing his elusive gold medal.

Sign up to our newsletter for the latest news about Tokyo 2020.

We’ll bring you a round-up of each day’s action, full of the heroes and villains of the day, along with a preview of what you can expect every day.

Alongside that, we’ll keep you updated with Team GB’s medal count as they look to build upon Rio 2016, which was their most successful overseas Olympics. 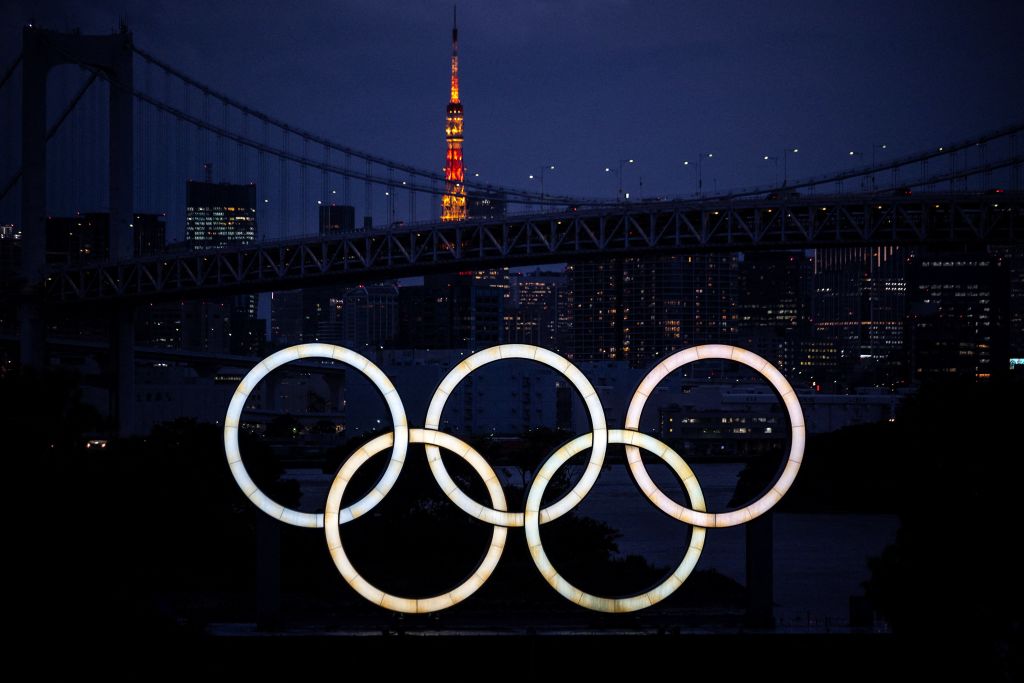 “I don’t normally post things that are not necessarily knitting related on my ‘Made With Love’ page, but myself and Matty, my synchro partner, won the Olympics yesterday,” he said in an Instagram video.

“I thought I would come on here to just say the one thing that has kept me sane through this whole process is my love for knitting and crocheting and stitching.”

He captioned the post sharing his medal holder: “Learning to knit and crochet has helped me so much through these Olympics and we won GOLD yesterday. I made a little medal case too!”