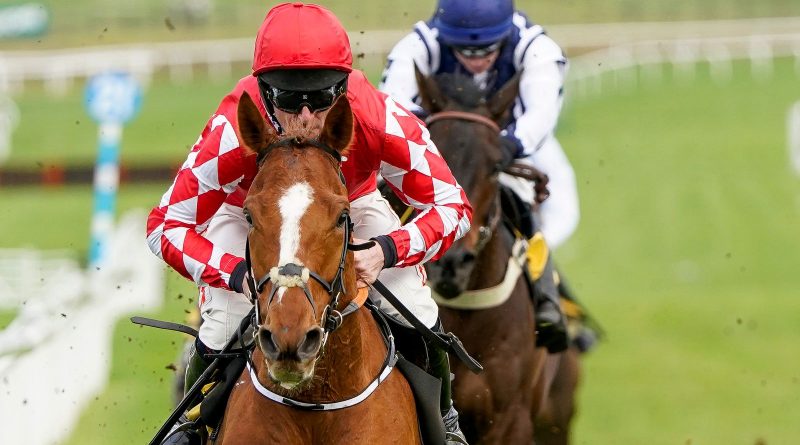 Pied Piper strengthened Gordon Elliott’s formidable hand in the juvenile division with a hugely impressive victory in the JCB Triumph Trial at Cheltenham.

Carrying the same colours as Fil Dor, who will put his unbeaten record on the line at Leopardstown next weekend, Pied Piper was the 11-8 favourite to claim Grade Two honours following a narrow victory on his hurdling debut at Punchestown on New Year’s Eve.

A dual winner on the Flat for John Gosden and the Queen, the son of New Approach appeared to have plenty on his plate with Kempton scorer Iceo and course and distance winner Interne De Sivola among his rivals.

But after being settled at the rear for much of the way, Pied Piper cruised into contention before easing clear under a motionless Davy Russell to score by nine lengths – to take over from Fil Dor as Triumph Hurdle favourite, although that might not be his ultimate destination.

“He was immature the last day and we always thought he’d improve from Punchestown and he has, he’s a lovely horse. There’s loads of options, there’s a lot of festivals ahead of us,” said Russell. “It’s always good to ride a winner Cheltenham.”

Paddy Power and Betfair make Pied Piper their 5-2 market leader for March from 9-1, while easing Fil Dor to 4-1 from 3-1.

Intriguingly, however, Elliott raised the possibility of splitting his aces, with Pied Piper having the option of taking on his elders in the Supreme Novices’ Hurdle.

He said: “We came over to have a feel and see where we are. We thought he was a nice horse and we thought if he settled he’d be able to close.

“He probably surprised us a little bit, but he’s always been nice to be fair. We bought him as a horse to mix it over hurdles and on the Flat.

“We might split them up or we might run the two of them in the Triumph, you never know. They’re both in the Supreme, but this would be a speedier horse and the Friday track in the Triumph might suit Fil Dor better. If one of them was to go for the Supreme Novices’, I’d say it would be this lad.

“There’s always Aintree and there are plenty of races at home.”