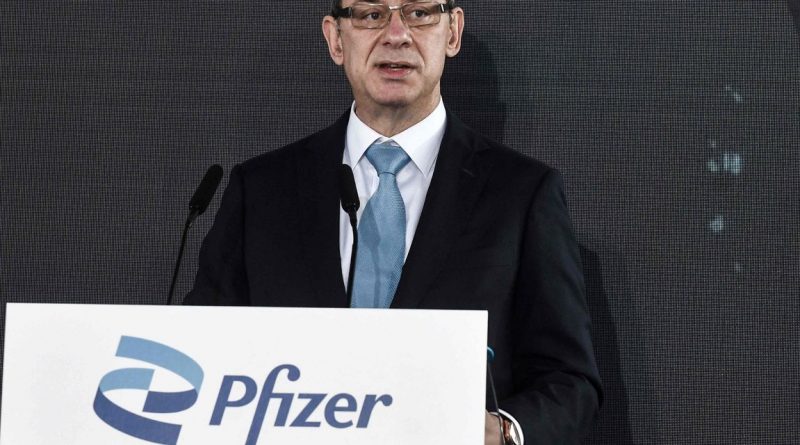 
Pfizer Inc. said Monday it has agreed to acquire Arena Pharmaceuticals Inc. in a deal with a value of about $6.7 billion, sending both stocks sharply higher.

was up more than 5% and on track for a record close, if those gains hold. Arena’s stock was enjoying its second-biggest percentage gain ever.

Pfizer was also enjoying an upgrade from UBS analysts who are expecting the drug giant to garner sales of $50 billion in 2022 from its COVID-19 vaccine, which was developed with German partner BioNTech SE
BNTX,
.

Read now: ‘The days you were considered fully vaccinated with two shots are going to be a thing of the past’

Today’s deal “makes strategic sense to us as a way to boost Pfizer’s inflammation and immunology (I&I) pipeline, diversify it away from oral JAK inhibitors that have come under increased scrutiny by the FDA in recent months, and add an attractive growth driver that can help Pfizer’s 2026-2030 growth outlook,” Mizuho analysts led by Vamil Divan wrote in a note to clients.

“In addition, Arena’s Phase 2 assets, such as temanogrel, APD418 and RIST4721, could fit in nicely into Pfizer’s Internal Medicine and/or Rare Disease businesses, if they are able to successfully make it to the market,” said Mizuho’s Divan.

See: A new study finds that most COVID-19 boosters strengthen immunity, though there is no winning shot

Under the terms of the deal, Pfizer will pay $100 per Arena share, double the stock’s closing price of $49.94 on Friday. The stock had lost 35% in the year to date, before Monday’s news. The deal is expected to close in the first half of 2022, pending regulatory approvals.

San Diego-based Arena’s shares hit an all-time low in May of 2017, a few months after the company scrapped an anti-obesity treatment called belviq, its only FDA-approved drug at that time, after it failed to gain any traction in the market. Arena sold the drug to Eisai Co., which pulled it from the market in 2020 over safety risks.

Arena then reoriented its pipeline toward inflammatory diseases.

“We view PFE as a logical partner for ARNA as the latter continues to progress its gastroenterology, dermatology, and cardiology focused platform, which should benefit from the executional expertise of a large pharmaceutical company,” SVB Leerink analyst Joseph Schwartz told analysts in a research note. “

But some analysts questioned Pfizer’s decision to execute a deal before the upcoming readout of Phase 3 clinical trial data for Arena’s etrasimod as an ulcerative colitis treatment. That data is expected early next year.

BMO Capital Markets analyst Evan Seigerman said this could be the first of a wave of new deals for Pfizer, which he estimates has $132 billion in firepower to be used through 2022.

“Pfizer is making good use of the deluge of cash from COVID-19 vaccines/boosters to further bolster its pipeline,” Seigerman wrote in a note.

Pfizer shares have gained 50.5% in 2021 to date, while the Dow Jones Industrial Average
DJIA,