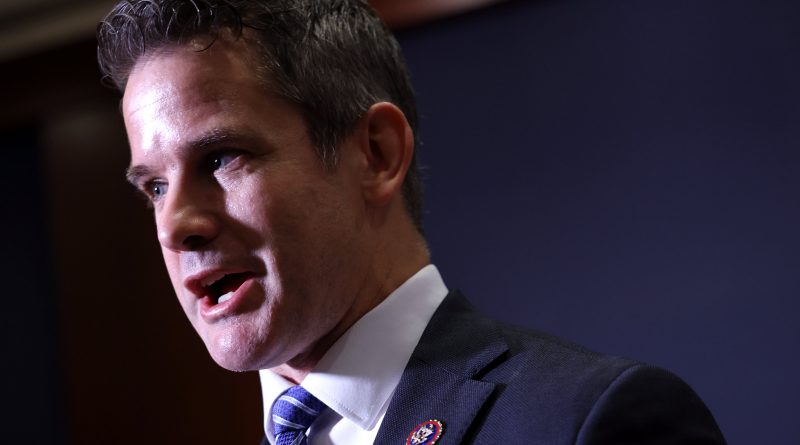 Rep. Adam Kinzinger (R-IL) speaks after the Republican House caucus voted to remove Rep. Liz Cheney (R-WY) of her leadership, at the U.S. Capitol on on May 12, 2021 in Washington, DC.

House Speaker Nancy Pelosi has added Republican Rep. Adam Kinzinger, an outspoken Trump critic, to the House select committee charged with investigating the Jan. 6 attack, she said in a statement on Sunday.

“I swore an oath to uphold and defend the Constitution — and while this is not the position I expected to be in or sought out, when duty calls, I will always answer,” Kinzinger said in a statement announcing he accepted the appointment.

Last week, Pelosi rejected two of Minority Leader Kevin McCarthy’s picks for the select committee, prompting the Republican to vow to pull all of his proposed appointees. Pelosi said she spoke with McCarthy, “about the objections raised” to his decision to appoint Republican Reps. Jim Banks, of Indiana, and Jim Jordan, of Ohio.

The panel will investigate the events surrounding the deadly Jan. 6 attack on the U.S. Capitol by a mob of supporters of former President Donald Trump in an effort to halt certification of his election defeat.

Kinzinger, of Illinois, would join the only other Republican on the committee, Rep. Liz Cheney, of Wyoming, who was ousted as chairwoman of the House Republican Conference after she criticized Trump and fellow Republicans for continuing to push false claims of fraud in the 2020 election.

The panel’s chairman, Rep. Bennie Thompson, D-Miss., said Kinzinger is a welcome addition to the committee.

He has demonstrated “that he can express his opinion despite what some of his Republican colleagues might want him not to express,” said Thompson on MSNBC on Sunday. “An independent voice to the select committee is always welcome.”

Complete Republican involvement on the committee has remained in question.

Illustrating Republican reluctance to participate in the committee, Sen. Pat Toomey, R-Pa., argued Sunday that Democrats are using the commission for political messaging.

“It is politically to the advantage of Democrats to try to keep this issue in the forefront,” said Toomey on CNN. He added that Democrats are spending too much time focused on Trump rather than “the current president’s policies and the damage that he’s going to be doing.”

Republicans have pointed to Pelosi’s rejection of members as further evidence. On Sunday, Banks told Fox News he could have used a spot on the committee to shift blame for the attack to Pelosi.

But other Republicans have also expressed interest in joining the committee, Pelosi said on Sunday. She added she was willing to appoint McCarthy’s other picks, Republican Reps. Rodney Davis, of Illinois; Kelly Armstrong, of North Dakota; and Troy Nehls, of Texas, and asked him to recommend two other members.

The resolution creating the committee gave Pelosi the ability to veto McCarthy’s picks, which must be made in consultation with her. The committee can proceed without the five members selected by McCarthy. The committee’s first hearing is scheduled for Tuesday.