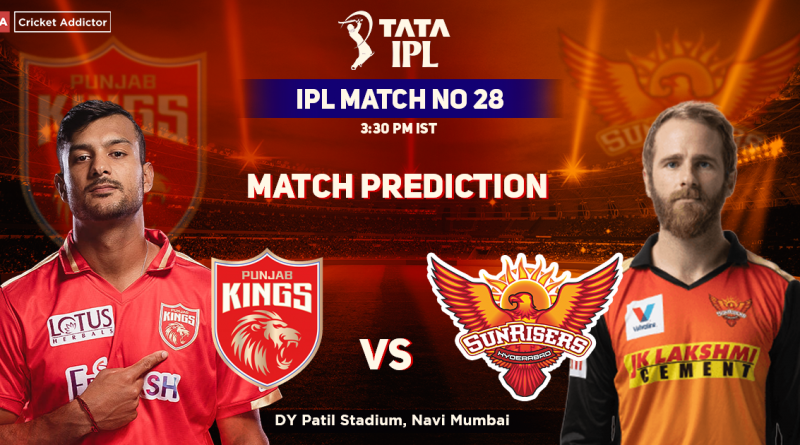 Also Read: MI vs PBKS: If We Get 5-10% Better Every Game, I Think We’ll Go On To Do Special Things – Mayank Agarwal

Later, Mumbai Indians openers Rohit Sharma and Ishan Kishan got out for 28 and 3 respectively. Dewald Brevis slammed 49 while Tikal Varma hit 36. Suryakumar Yadav also slammed 43 runs later. However, MI remained short of 12 runs in the end and lost the match.

Talking about Sunrisers Hyderabad, the team defeated Gujarat Titans in their previous match. Batting first, Gujarat posted 162-7 on the board. Hardik Pandya scored 50 runs for the team while Abhinav Manohar scored 35 runs.

Also Read: SRH vs GT: We Were Good With The Ball: Kane Williamson

Later for Sunrisers Hyderabad, Abhinav Manohar slammed 42 while Kane Williamson smashed 57. Later, Nicholas Pooran hit an unbeaten 34 to get the winning runs for the team. SRH won the match in the final over by 8 wickets.

Who will score the most runs for PBKS in the match: Shikhar Dhawan or Liam Livingstone

Who will pick the most wickets for PBKS in the match: Kagiso Rabada or Rahul Chahar

Who will score the most runs for SRH in the match: Kane Williamson or Rahul Tripathi

Who will the pick most wickets for GT in the match: Rashid Khan or Mohammed Shami