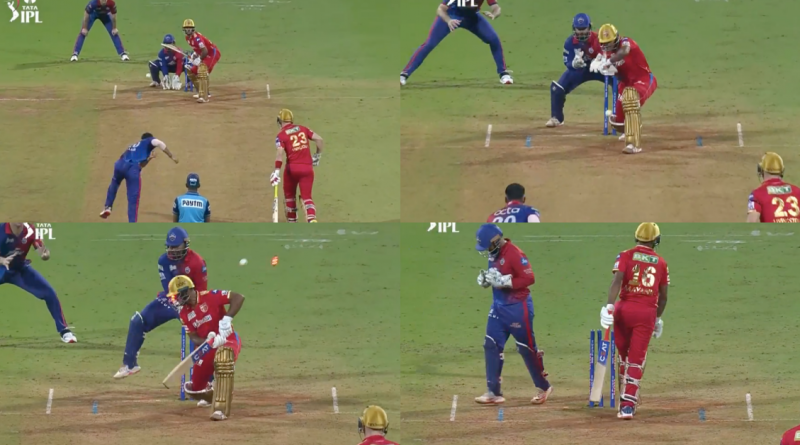 
As IPL 2022 is entering its business end, at least 5 teams are still in contention for a spot in the playoffs.

Gujarat Titans is the only team to have secured a spot in the final 4. The likes of Royal Challengers Bangalore, Kolkata Knight Riders, Rajasthan Royals, Lucknow Super Giants, Delhi Capitals, Sunrisers Hyderabad and Punjab Kings are still fighting it out for the 3 other spots.

Delhi Capitals And Punjab Kings Are Playing An Important Encounter

It’s in this context the match between Punjab Kings and Delhi Capitals on Monday was very important.

Delhi Capitals while batting first at the DY Patil Stadium made 159 runs in the first innings. They got to a horrible start as they lost David Warner on the first ball of the game but then Sarfaraj Khan and Mitchell Marsh counter-attacked and scored 50 runs in no time. But then Arshdeep Singh accounted for Sarfaraz Khan in the 5th over and from there on DC just lost their way. They scampered their way through 159 courtesy of Mitchell Marsh’s 63 runs.

PBKS started well as Jonny Bairstow went berserk but once he got out, DC was all over them.

Shardul Thakur got two in the over to reduce them to 54-3 at the end of the powerplay. Mayank Agarwal playing at 5 then lasted just 2 balls as he got out for a duck in the very next over.

He tried to cut an arm-ball from Axar Patel but the ball came in sharply at a pace and castled his stumps. Mayank Agarwal’s wicket left Kings at 55-4. Agarwal’s poor run in the tournament also continued and his move to the middle order hasn’t proved to be successful as well. If PBKS lose this game, they would be out of the competition.

PBKS vs DC: Watch – Axar Patel Cleans Up Mayank Agarwal For A Duck: