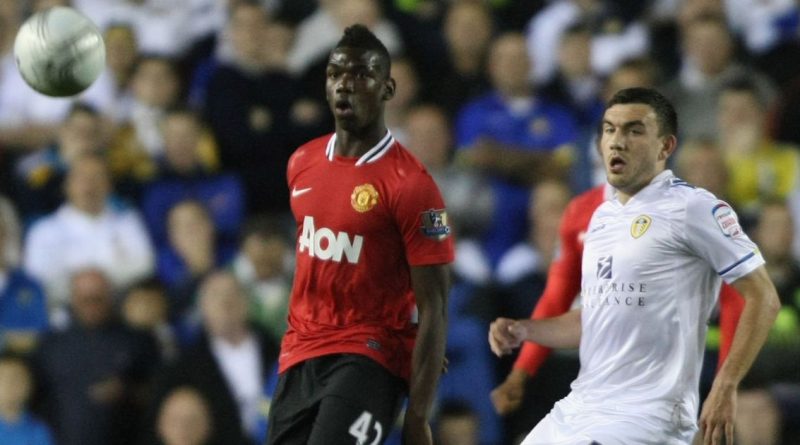 
Paul Pogba, David Beckham and Jude Bellingham are amongst the stars who made their debuts in the league cup and the competition returns to our screens this week

The League Cup returns this week with the promise of giant killings, high scores and last gasp drama.

Despite being sometimes considered England’s third-tier competition, the league cup has produced some of this country’s most memorable footballing moments.

Like when League Two Bradford City made it all the way to the final in 2013/14 before being trounced 5-0 by Swansea City.

Or when Chelsea secured a 3-2 win over Liverpool during Mourinho’s first season and the Portuguese manager celebrated by strutting down the line, finger to lips in front of the Liverpool fans.

Paul Pogba on his first debut for United at Elland Road

Alongside amazing moments, the League Cup has often been a platform for managers to give youngsters and new signings a debut.

Ahead of the return of the League Cup this season, Mirror Football looks back at a number of the stars who have made debuts in the competition.

During his first spell at United, Pogba only played a handful of games including his debut 3-0 win over Leeds at Elland Road.

At the end of that season, he would leave United for Juventus and has since returned.

From starting out at the League Cup, Pogba would go onto perform on the biggest stages and become a world champion with his country.

During a 3-0 loss to Portsmouth, Bellingham was the Birmingham Mail’s man of the match and since then has gone from strength to strength, trading the West Midlands for the North Rhine-Westphalia.

In 1992, in a cup game against Brighton, Beckham made his unexpected debut during the second round tie after an injury to Andre Kanchelskis.

Beckham wouldn’t play in the league for another three years, but after that, it was only a matter of time before his rise to United’s starting XI and beyond.

Now he is one of the most recognisable footballers on the planet having played across England, Spain, America and France.

At the age of 15, most people are in school dealing with GCSEs, but Elliot made his first-team debut for Fulham.

As a substitute in the 3-1 win against Millwall, he became the EFL Cup’s youngest ever player having made his appearance 174 days after his 15th birthday – a record which still stands today.

Elliot quickly established himself this season as one of Liverpool’s most exciting talents before an ankle injury.

After making the switch from La Masia, Fabregas came to Arsenal at the beginning of their ‘Invincibles’ season.

Aged 16 years and 177 days, he played against Rotherham United in a third-round tie at Highbury becoming Arsenal’s youngest ever first-team player.

In the next round, the Spaniard would become their youngest ever goalscorer too.

Sir Alex Ferguson clearly liked using the League Cup as a platform to get youngsters first-team football, and when you have youngsters like the ‘Fergie Fledglings’ it’s understandable as to why.

He would make his league debut three days later and go on to be one of the most talented midfielders of his generation.

John Terry came on as a late substitute on October 28, 1998, in a tie with Aston Villa, the club he would later become assistant manager at.

At the time it was unlikely many people thought that the four minutes of game time would start the career of one of England’s most-decorated defenders.

Over the course of his career, Terry won almost everything a player could win at club level including numerous personal accolades.

Pique followed Fabregas from Barcelona to England, settling in Manchester United in 2004, before making the return journey in 2008.

The Spaniard would later become more used to El Classicos but made his debut as a 67th-minute replacement against Crewe Alexandra, replacing John O’Shea in the 3-0 win.

Whilst he became a stalwart at the Catalan club he still represents, used to dominating for club and country, he made his debut in the League Cup in front of a respectable crowd of 10,000.