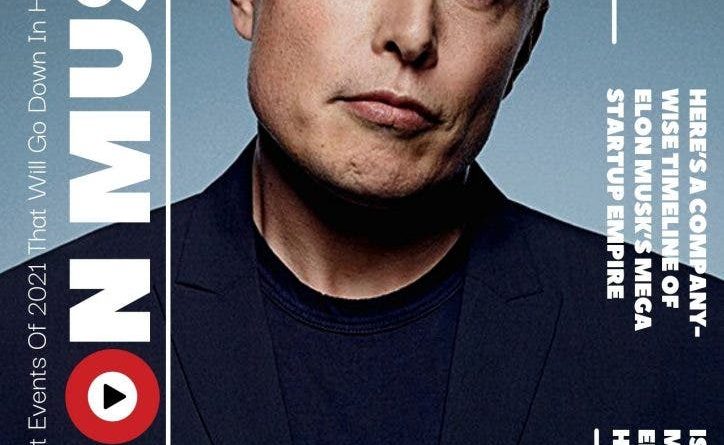 Simply put — Elon Musk is a cocky a-hole. He is so certain in his continued innovation dominance that he does not bother to patent his inventions. On the CNBC show “Jay Leno’s Garage” aired on Wednesday night, Elon Musk made an appearance. While driving around Elon’s SpaceX Starbase complex in Texas, Jay and Elon had a casual conversation. The question arose when Jay inquired as to whether or not SpaceX had secured patents on the materials used to build his spaceships. The kind of response one would expect from Elon “Patents are of no interest to me. Dumb people get patents.”

Elon Musk has declared that patents are for failures and that anyone who wants his inventions can have them.

“Jay Leno on @elonmusk: He lives in a little Airstream trailer on the property (Starbase); There’s no yacht, there’s no huge Goldfinger looking thing, petting a car or any of that nonsense. I think he’s a true genius; It’s fun to meet a dreamer who’s a practical dreamer.“

Elon doesn’t mind if other people try to copy his ideas, because he’s betting on himself that he’ll think of something even better before they do.

According to Elon, patents are unnecessary roadblocks. To quote, “They don’t genuinely help progress things, they merely stop people from following you.”

Musk has been consistent in his approach throughout his several businesses, including Tesla. Back in 2014, he communicated with Tesla’s team via a memo, stating that the company does not believe in patents and that the purpose of Tesla innovations is “to recruit and encourage the world’s most talented engineers.”

In 2014, he told employees that Tesla’s innovations are aimed to “attract and encourage the world’s most talented engineers”.

The prospect of such legal protection prompted some strong words from him. “Patents only serve to hinder innovation, cement the power of mega corporations, and enrich lawyers at the expense of real innovators.”

And now that he’s officially badass… You could be forgiven for assuming that, given Elon Musk’s fame and the continual attention he receives in the media, everyone on the planet knows who he is. Absolutely Not!

Here’s DKODING Elon Musk— Click on the links below to see the most comprehensive narrative of him to date.

Elon Musk raises the bar every year. Kimbal Musk, Musk’s brother, described him as having unbounded goals. Every achievement is a new, more challenging and revolutionary aim for Musk. Here are Elon Musk’s milestones.

Elon Musk is the Thomas Edison of the 21st century. Here are 11 failures that shaped his success

Tesla’s CEO Elon Musk has shown us how to never give up in the face of failure. From being fired from his own company to multiple failures at SpaceX, Musk has proven that failure doesn’t make or break a person but rather makes them stronger and more successful.

Superhuman Accomplishments Indicate That Elon Musk Is Not Human. There are 19 reasons for our belief.

From sending rockets in space and colonizing Mars for human habitation to implanting chips in human brains, he shows us what it takes to be a sci-fi innovator on the real-life stage.

Why Elon Musk Will End Up As The Richest Man In World History: Here’s How

Elon Musk is already the richest man in the world. And we believe that he isn’t stopping here. The industries like electric cars, reusable rockets, AI chips for human brain, solar energy, and others that Elon Musk hold stakes in, are the future of humanity.

Elon Musk is one of the most influential entrepreneurs in history

How many entrepreneurs can move markets and Wall Street? Musk has a different kind of fanbase than billionaires like Mark Zuckerberg and Jeff Bezos. The golden man of IT swayed investors and brought prosperity to unheralded enterprises with a single tweet. Musk’s impact is examined.

Musk’s idiosyncrasies are as well-known as his innovations. Musk’s biography will also highlight the controversies he’s involved in. Here are the 5 biggest controversies involving Elon Musk that made headlines around the world.

A Crash Course on Elon Musk’s Love Life: The Ladies He Lost

He’s busy. His romantic hunger remains unaffected. Elon likes falling in love to falling out of it. He’s admitted in interviews that being single is lonely and that sleeping alone kills him. Musk has experienced both terrible and easy breakups. Elon’s rigorous work schedule often causes unsuccessful relationships. Millennials can learn from the serial entrepreneur how to end relationships well and remain friends with exes.