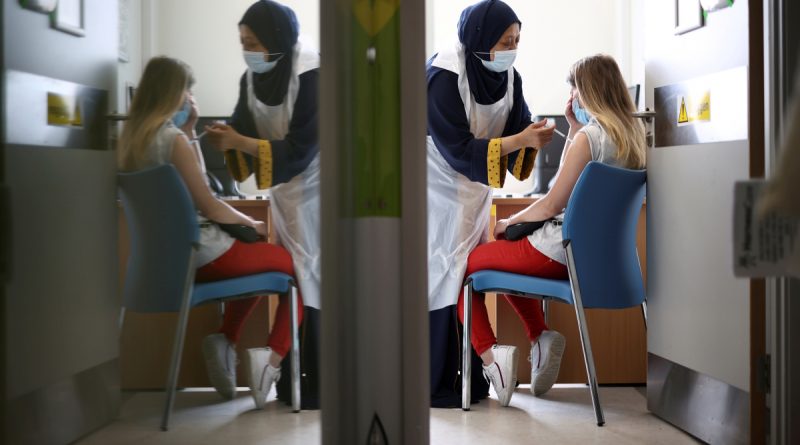 
PARENTS of 12 to 15-year-olds will get an official letter asking for consent to give their children a Covid jab.

Mums and dads will be contacted in the coming days, Whitehall insiders say.

It comes after the Joint Committee on Vaccination and Immunisation refused to give the green light to inoculating the age group.

It said the children were at such low risk from the virus that it was not worth it.

Ministers, however, hope the UK’s four chief medical officers will come back shortly in support of the wider benefits of the injections, such as lessening classroom disruption and reducing infections spreading through them to adults more at risk.

Prof John Edmunds, of the government’s Scientific Advisory Group for Emergencies, said a broader roll-out would limit disturbance to schools.
He said about six million children had not been infected.

He added: “That’s a long way to go if we allow infection just to run through the population.”

Senior Tories, including three ministers, have written to England’s chief medical officer Chris Whitty to say children should be jabbed if it is in their health interests and not as a ploy to keep schools open.

The JCVI has recommended jabs for children with underlying health conditions.

Mom BANNED from seeing her son, 11, until she’s vaccinated despite claims she was advised by doctor not to get the shot