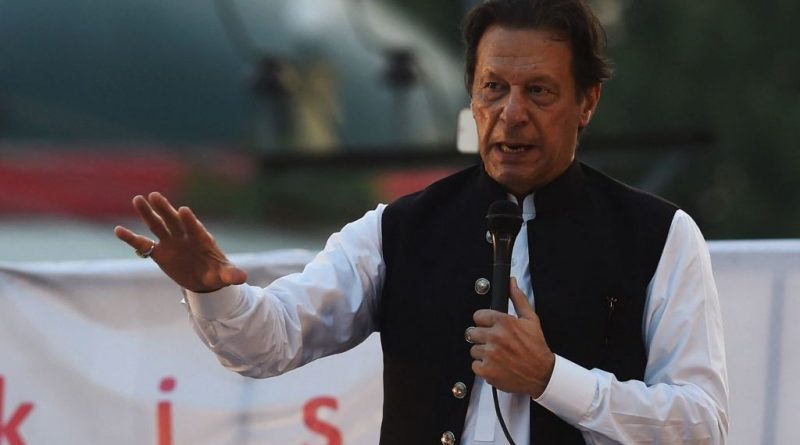 Fawad Chaudhry told reporters that the Election Commission of Pakistan announced the much-awaited verdict in the capital, Islamabad. Chaudhry condemned the move.

According to legal experts, Khan will lose his seat in the National Assembly under the verdict. Balkh Ser Khosa, a prominent lawyer, said Khan was disqualified from holding public office by the Election Commission of Pakistan because he unlawfully sold state gifts given to him by other countries when he was in the power. He said Khan also hid the profits he earned from selling those gifts from tax authorities.

The latest decision comes months after the parliament ousted Khan through a no-confidence vote.

Angered over Khan’s disqualification, his Tehreek-e-Insaf party urged supporters to take to the streets to peacefully condemn the commission’s decision, which Khan’s party was expecting.

The latest move comes days before Khan was expected to announce his much-awaited march on Islamabad to force the government of Prime Minister Shahbaz Sharif to hold snap elections.

Sharif’s coalition government petitioned the Election Commission, seeking action against Khan on charges that he unlawfully sold state gifts that he had received from heads of other states when he was in the power.

Khan is also accused of concealing the money he received by selling those gifts.

Since his ouster, Khan has claimed that his government was toppled by Sharif under a U.S. plot.

Sharif and Washington both have denied the allegation.

Shortly after Khan’s disqualification, Pakistani Foreign Minister Bilawal Bhutto Zardari wrote of Khan on Twitter: “He who would spread lies about alleged corruption of his political opponents has been caught red-handed.”