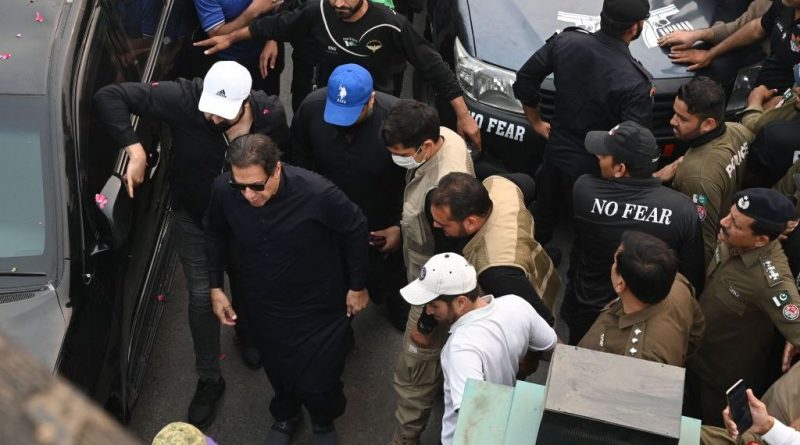 
Former Pakistan leader Imran Khan is in stable condition after being shot in the leg at a rally in eastern Punjab province. He is being shifted to a hospital in Lahore.

There were two attackers at the scene. One was killed and another is in police custody, said Rauf Hasan, a spokesman of Khan’s Pakistan Tehreek-e-Insaf party. Few other details were immediately known.

The former premier was leading his supporters toward the capital Islamabad to demand early elections.

The “assassination attempt on Imran Khan is an attack on Pakistan,” tweeted Farrukh Habib, a senior member of the former premier’s party.

Bonds haven’t moved much after the shooting and are just holding the earlier losses. Pakistan’s 7.375% 2031 bond was indicated holding losses, down 0.4 cents to 30 cents on the dollar

Pakistan Prime Minister Shehbaz Sharif condemned the incident in “the strongest words” and called for an immediate report on the incident.

“We are closely monitoring the situation,” Arindam Bagchi, spokesperson of Ministry of External Affairs said. “This is a developing story which we closely watch.”