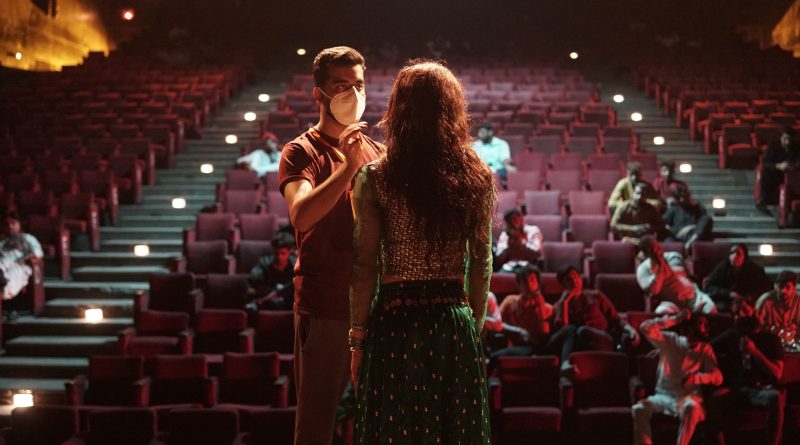 
The movie Joyland might be generating Oscar buzz, after becoming Pakistan’s first film to be screened at the prestigious Cannes Film Festival in May—and winning the Jury Prize. But Joyland, which depicts a love story between the youngest son of a “happily patriarchal” family and a transgender starlet, has sent waves of controversy through the conservative majority-Muslim country.

A week before its nationwide release on Nov. 18, Pakistan’s government banned the movie following a series of complaints, citing that it contained “highly objectionable material.” That prompted high-profile Pakistani actors, including Humayun Sayeed as well as the movie’s executive producer Malala Yousafzai, to speak out in favor of lifting the ban.

The government has since relented, following an order by Pakistan’s Prime Minister Shehbaz Sharif to review the nationwide ban, with the movie opening in three of the country’s four provinces earlier this week. But Joyland remains banned in Punjab, the country’s most populous region.

TIME speaks to director Saim Sadiq about his new film and the controversy around it.

What feels most unprecedented about Joyland to you?

Sadiq: The most unprecedented thing is that there was a banned film that got unbanned. This year alone, Pakistan has banned at least three films—so in that sense it’s a moment of victory for Pakistani filmmakers at home, which is just as important to celebrate as winning international awards. It’s half a battle won but not fully since audiences in Punjab still cannot view the movie.

Why does it matter that the film is still banned in Punjab?

Frankly, it’s heartbreaking. Half of the film is spoken in Punjabi. The film is set in Punjab, which is also the biggest market for movies in the country. It’s something that we’re still actively working to overturn. I hope the political interest in this film subsides and it’s allowed to just be a film.

When the movie was banned, Pakistani authorities said it was “highly objectionable” and there was talk of it being against Pakistan’s religious and cultural beliefs. What was your reaction?

I expected this argument. I knew that some people would brand it as having a LGBTQ agenda to make sure that the film doesn’t come out. Using religion is the easiest way to tell somebody to not use their brain. The film doesn’t talk about religion because I don’t think patriarchy is something that stems from religion so much as it does from culture.

Most of the film’s characters are conservative and they are portrayed as decent people. If anything, I’m doing a lot to foster empathy for conservative Pakistanis. How often do you see that—especially in films about gender? They’re often seen as an affront to people fulfilling their true identities. But I didn’t want to do that because it doesn’t feel truthful to me.

What is the power of a fictional narrative in unpacking issues around patriarchy, gender, and trans identity?

This is not an issue-based film about trans rights or women’s rights. It’s not activist-y at all. There’s no big speech about the ills of patriarchy. It does show female characters going through issues in their personal lives but it’s dealt with as a fictional story and that makes it more powerful.

I don’t care if people walk out of the film holding the same conservative views as when they first walked in—as long as there’s an empathy that’s built for the characters who may not be like them.

The romance between Haider and Biba—a young man and a trans woman in Lahore—has garnered a lot of attention. Why is their relationship so central to the film?

Pakistani cinema has never depicted a romance between a Lahori boy and a trans woman, so people latch onto that. But at its core, this is an ensemble film about a family and Haider is the youngest son who is having a budding relationship with Biba and entering the unseen world of Punjabi dance theaters. The movie follows how his decisions affect every member of his family and in particular, his wife, Mumtaz.

It’s rare to see films that take into account a yearning to be individualistic but being unable to because of how interconnected family members are. As Pakistanis, our experiences are never individual. Many of us live in joint family systems and we understand what it means for every member of your family to be involved in decision making—how private space is so elusive.

Haider has sincere feelings for Biba. But at times the way he expresses his love can feel painful to her. At one point, he asks why she has to do “all this” in reference to her desire to get gender-affirming surgery, adding “I like you the way you are.” What was the thinking behind including this scene?

Both of them are well meaning and want to do good by each other. But there is a fetishization of trans women that happens all around the world by men. Despite the fact that Haider is gentle and a good guy in many aspects, I did not want him to be free from that fetishization. It’s not badly intended but he looks at her as a khwaja sira while she wishes to be a woman. That clash is what makes their love story sort of impossible.

Can you tell us about Pakistan’s khwaja sira (trans and intersex) community?

There’s a misconception that khwaja siras exist in this country because of a Western movement for the rights of trans people. But it’s just not true. They’ve had a presence in Pakistan’s mughal courts, which is where they taught princes and princesses royal mannerisms and poetry. They had a position of prestige in our culture way before they had any visibility in the West. So our movement for khwaja sira’s rights has nothing to do with the West. Frankly, it’s very, very indigenous; it’s unique to our culture and our land. Calling it a Western agenda just also is a way of killing critical debate.

What was the importance of casting trans actress Alina Khan as Biba? Was it a deliberate choice on your part?

Alina and I started working together three years ago for my short film, Darling, which includes a key trans girl character. I wanted to cast a trans girl for that film but the few we liked didn’t get permission from home, so I ended up going for a young male theater actor at first.

We went to Alina’s house as part of our research for Darling. She was not auditioning for us but I was charmed by her. I realized that our initial choice just could not do what she’s doing. So I learned my lesson. I awkwardly let go of the young male actor in favor of her.

People who talk about appropriate casting make it sound like charity for trans people but that should never be the case. The person who is best for the job should get it. There is no way that you can get a trans woman’s portrayal done by a man and make it feel as truthful. I chose her back then so my movie could be better. I knew that I wanted her to be cast in Joyland, too.

The discrimination Biba experiences is seen primarily through the lens of regular daily human interaction. For example, her colleagues joking about what is between her legs. What feels most powerful about telling the story in this way, as opposed to depicting overt violence?

These microaggressions are more relatable; it’s something that far more people have done and experienced compared to a greater act of violence. If an audience sees a character being physically violent with a trans person many of them would agree that it’s bad but reason that they wouldn’t act this way. I wanted to portray something that far more people can see themselves being complicit in.

This interview has been edited for clarity and length.