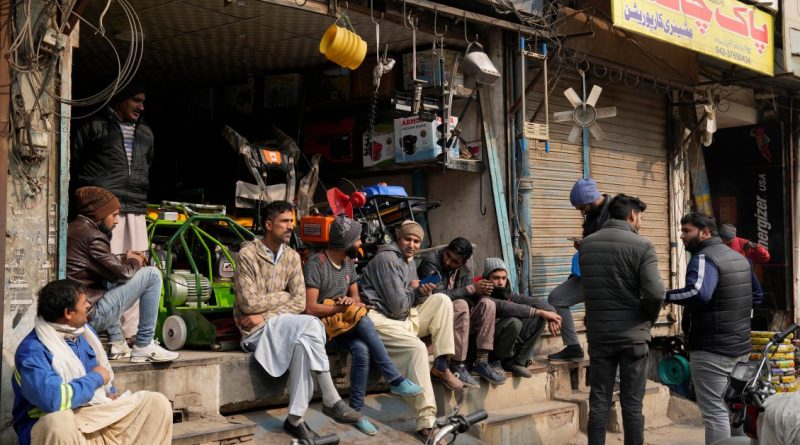 
ISLAMABAD — Much of Pakistan was left without power for several hours morning as an energy-saving measure by the government backfired. The outage spread panic and raised questions about the cash-strapped government’s handling of the country’s economic crisis.

Electricity was turned off during low usage hours overnight to conserve fuel across the country, officials said, leaving technicians unable to boot up the system all at once after daybreak. The outage was reminiscent of a massive blackout in January 2021, attributed at the time to a technical fault in Pakistan’s power generation and distribution system.

Monday’s nationwide breakdown left many people without drinking water as pumps are powered by electricity. Schools, hospitals, factories and shops were without power amid the harsh winter weather.

Energy Minister Khurram Dastgir told local media on Monday that engineers were working to restore the power supply across the country, including in the capital of Islamabad, and tried to reassure the nation that power would be fully restored within the next 12 hours.

According to the minister, electricity usage typically goes down overnight during winter — unlike summer months when Pakistanis turn to air conditioning, seeking a respite from the heat.

Read More: Why Pakistan Is Facing a Growing Food Crisis

“As an economic measure, we temporarily shut down our power generation systems” on Sunday night, Dastagir said. When engineers tried to turn the systems back on, a “fluctuation in voltage” was observed, which “forced engineers to shut down the power grid” stations one by one, he added.

He insisted that this was not a major crisis, and that electricity was being restored in phases. In many places and key businesses and institutions, including hospitals, military and government facilities, backup generators kicked in.

By late afternoon Monday, Dastagir told reporters at another press conference that Prime Minister Shahbaz Sharif ordered a probe into the outage.

“We are hoping that the supply of electricity will be fully restored tonight,” Dastgir said, adding that everything was being done to achieve this.

Karachi, the country’s largest city and economic hub, was also without power Monday, as were other key cities such as Quetta, Peshawar and Lahore.

In Lahore, a closing notice was posted on the Orange Line metro stations, with rail workers guarding the sites and trains parked on the rails. It was unknown when the metro system would be restored.

Imran Rana, a spokesman for Karachi’s power supply company, said the government’s priority was to “restore power to strategic facilities, including hospitals,” airports and other places.

Internet-access advocacy group NetBlocks.org said network data show a significant decline in internet access in Pakistan that was attributed to the nation-scale power outage. It said metrics indicate that connectivity was at 60% of ordinary levels as many users struggled to get online Monday.

Pakistan gets at least 60% of its electricity from fossil fuels, while nearly 27% of the electricity is generated by hydropower. The contribution of nuclear and solar power to the nation’s grid is about 10%.

Pakistan is grappling with one of the country’s worst economic crisis in recent years amid dwindling foreign exchange reserves. This has compelled the government earlier this month to order shopping malls and markets closed by 8:30 p.m. for energy conservation purposes.

Talks are underway with the International Monetary Fund to soften some conditions on Pakistan’s $6 billion bailout, which the government thinks will trigger further inflation hikes. The IMF released the last crucial tranche of $1.1 billion to Islamabad in August.

Since then, talks between the two parties have oscillated due to Pakistan’s reluctance to impose new tax measures.