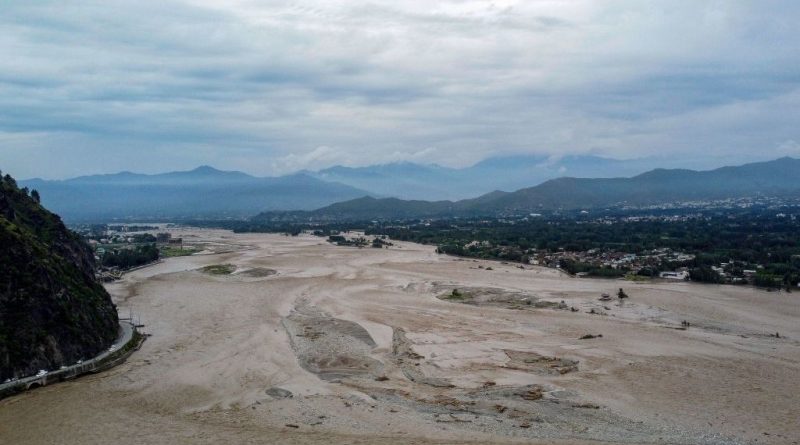 
A decade ago, Pakistan’s worst floods on record destroyed a bridge over the Swat river in Madyan, a hilly tourist town in the North. When they went to rebuild, authorities decided to make their town more resilient. So they built the new bridge 16 ft. higher than before. But on Aug. 26, seven weeks into an unprecedented monsoon season in Pakistan, the new bridge was almost underwater. Videos on social media showed river water lapping at its surface.

Pakistan’s downpours have flooded a third of the country, according to officials, affecting 33 million people, and killing at least 1,100. Last week, the country’s climate minister told Reuters her people were facing “a climate-induced humanitarian disaster of epic proportions.”

In Madyan, the water receded before the bridge could suffer serious damage, and it has since reopened. The narrow escape, however, reflects a serious problem for Pakistan and other developing countries. As storms and heatwaves grow more intense, governments are racing to adapt to climate change, investing in new infrastructure or moving residents out of at-risk areas. But with limited cash, little access to scientific modeling, and agricultural economies vulnerable to weather shocks, it’s a race many poorer nations are losing.

The financial cost of Pakistan’s floods is staggering. The country’s planning minister puts it at some $10 billion—almost 4% of the country’s GDP. More than 700,000 homes have been destroyed, and huge swathes of inundated farmland will be unusable for months, according to Afia Salam, a Karachi-based environmental campaigner and journalist. “We are an agricultural country, and there will be no land to cultivate,” she says. That means millions of dollars worth of lost crop revenue and a risk of severe food shortages.

Among climate experts and policymakers, such costs are known as “loss and damage”—the toll incurred from impacts you can’t avoid, because they’re too extreme, or because you don’t have the capacity to adapt to them. Currently, many countries are forced to deal with climate catastrophes in an ad hoc way: holding emergency appeals for aid, like the one the U.N. is currently coordinating for Pakistan, asking for $160 million. The U.S. has pledged $30 million, the U.K. roughly $17.3 million and Canada around $3.8 million. Those funds will go mainly to short-term relief efforts, not to compensate Pakistan’s long-term costs.

Pakistan accounts for 0.7% of global carbon emissions but it is consistently ranked among the top 10 countries most vulnerable to the impacts. On Monday, the country’s foreign minister blamed climate change on the “irresponsible development of the developed world.”

For decades, developing countries have argued that wealthy countries, which have historically emitted more greenhouse gasses, shouldn’t just be making haphazard charitable donations. Instead, many say they should make mandatory contributions to a fund to compensate poorer countries for loss and damage—also known as climate reparations.

So far, that fund hasn’t materialized. At last year’s U.N. climate summit, delegates agreed to recognize the term “loss and damage” in the final communiqué for the first time. And Scotland, the summit host, became the first developed country in the world to offer some money for compensating loss and damage, pledging around $2.3 million. But the U.S., Australia, and other wealthy countries refused to even discuss the idea of a new funding mechanism as part of official negotiations, possibly due to fears about the precedent it could set for their legal liability.

But as these kinds of disasters become more frequent, the compensation issue isn’t going away. And it will be a major point of contention at this November’s U.N. conference in Egypt—the first to be held outside of Europe in six years—, Salam says. “Nobody wants to foot the bill. Nobody wants to actually own up to their responsibility for climate change. And the Global South is feeling resentful.”