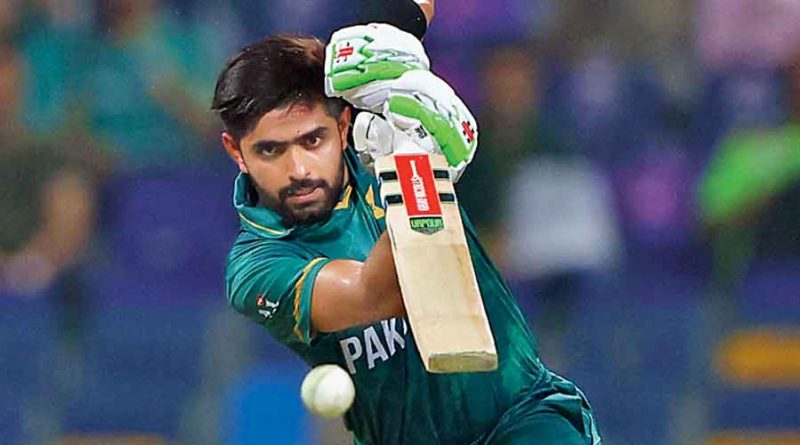 
Pakistan National Cricket Team captain and prolific batter, Babar Azam, is on the verge of achieving a major milestone in the second ODI of the three-match ODI series against West Indies in Multan.

Babar Azam, who is the No.1 ranked batter in ODI and T20I rankings, has been in red hot form lately. In his last 5 One Day International innings he had smashed 4 centuries.

In the second ODI between Pakistan and West Indies, Babar will have an opportunity to join Sri Lanka legend Kumara Sangakkara on the elite list.

If Babar Azam scores his 4th consecutive ton in the 2nd ODI against West Indies, he will join Kumar Sangakkara as the only two men’s ODI batters with centuries in four consecutive innings. The legendary Sri Lanka batter had smashed four consecutive centuries during the 2015 Cricket World Cup.

Pakistan captain Babar Azam, speaking after the first ODI match against West Indies, had said that he always tries to work on his strength.

“I always try to continue my game and work on my strengths. There was a little bit of a problem during the calling when I was batting with Imam. But it got better as the partnership moved on. The wicket was a little double-paced and wasn’t that easy.

“There was heat but that is not an excuse. Credit to the bowlers. Shadab came back and did well. The standards he sets on the field is brilliant as well. Cricket is changing. We have to plan and play with a lot of intensity. Outstanding finish from Khushdil. You have to take it deep so that there is less pressure on the finishers,” he said while speaking to the host broadcaster.

Cricketers with Most Consecutive Centuries in ODI: