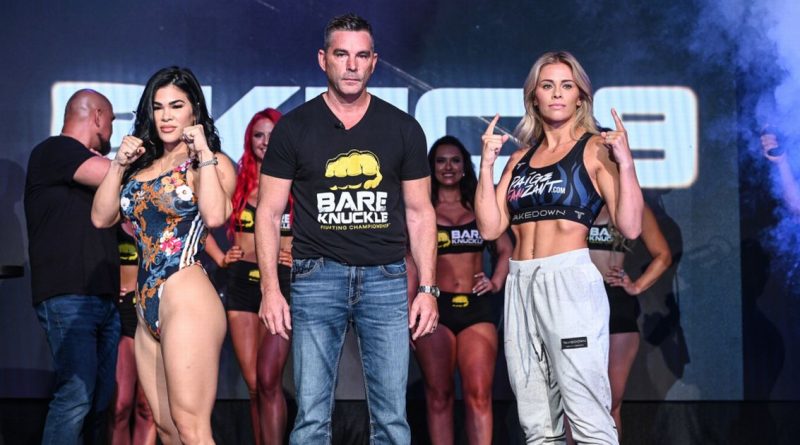 Paige VanZant is back in the bare-knuckle boxing squared circle on Friday night to face her former UFC foe Rachael Ostovich, in search of her first victory in her new sport.

VanZant lost her debut to Britain Hart back in February, and is one of the promotion’s biggest stars, so a big performance will be necessary to justify her massive payouts.

She was handily outpointed by Hart last time out, but performed well as the fight went on, and is now focusing more on her boxing skill, admitting that she has likely left MMA behind.

Ostovich will be a much better matchup in a pure striking contest than Hart for VanZant, but she will be out for revenge after their last bout in 2019.

Here is how you can watch the fights, including three social media influencer bouts, in the UK…

How to watch via live stream

British fans can watch it on Fite TV for a one-time payment of £15.

It can be streamed to your TV on the Fite TV app, or on Roku and Smart TV through the correct Fite app.

What time is fight in the UK?

VanZant v Ostovich 2 will kick off at 1am British time from the Florida State Fairgrounds in Tampa, and there is a massive night of fights, so don’t expect the main event for a while.

There is twelve bouts on the undercard, including a number of other social media influencer bouts which won’t be bare-knuckle and will have different round lengths, so expect the main event ring walks between 3.30 and 4am.

Who is on the undercard?

Promoter David Feldman: “Well, we were trying to think who is next and we got reached out to about Rachael Ostovich.

“We know that she was very, very competitive in the first match, actually probably winning the fight, got tapped out.

“She has a good following so you know it kind of made sense from a business perspective to put her in. I think it’s a little bit intriguing, and then you know we’ll see what’s next.

“Especially for this main event, Paige VanZant versus Rachael Ostovich on July 23rd on the Bare Knuckle TV app. We’re super, super excited about having this feature matchup.

“I think a lot of people are going to be very intrigued by it and who knows who’s going to win right? They’re going to come out and give their all.

“Paige, I know has been training exclusively with a boxing trainer right now.

“Rachael has been training with her dad and some other guys over there in Hawaii.

“So I’m really, really looking forward to a great fight by those two young ladies.”