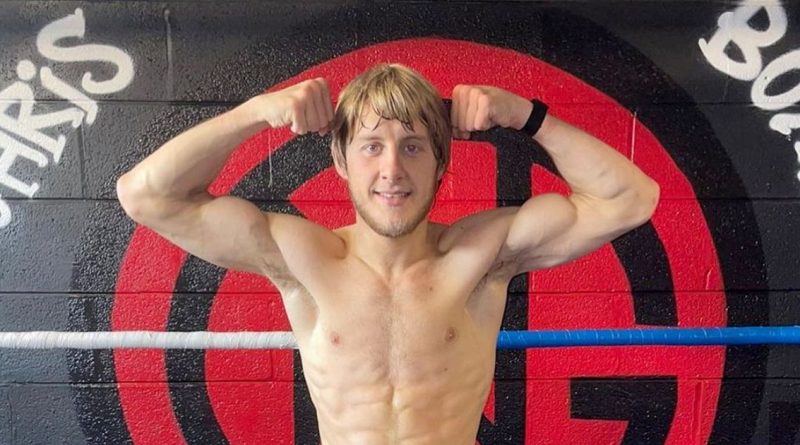 Former Cage Warriors champion Paddy Pimblett is confident he can become the UFC’s next biggest star.

Pimblett makes his UFC debut this weekend against Luigi Vendramini in Las Vegas in what will be the Liverpudlian’s first fight outside of the UK.

The card was originally expected to take place at the O2 Arena in London, but the promotion moved the card to the US due to concerns over the Covid-19 pandemic.

And Pimblett – who was signed to the UFC in March – says he plans on taking the lightweight division by storm.

He told Mirror Fighting : “I know I am going to climb up the rankings pretty fast with my fighting style and personality. It’s going to be nice getting in there with some of the best lightweights in the world, I’ll be privileged.

Pimblett will make his US debut this weekend

“But as I’ve said, I’m coming to take over and be the next star of the show. Everyone better believe it.”

Pimblett – who trains at Next Generation in Liverpool alongside UFC flyweight Molly McCann – won the Cage Warriors featherweight title in 2016 but moved up to lightweight after losing his title.

Last week, reports claimed Pimblett was out of his UFC debut due to Visa issues and Vendramini would be fighting a different opponent.

But Pimblett insists this was never the case and blames Vendramini’s manager for “spreading lies”.

He said: “It was never off. I’m gonna proper hurt Luigi for his manager spreading lies. They might have been told ‘If Paddy doesn’t get his Visa, will you fight a replacement?’ And they said yes obviously, cause I’d still wanna fight if he pulled out.

“But I’d never pulled out, I’d never not had a visa. So it doesn’t make any sense, they just obviously think ‘Oh we don’t wanna fight Paddy, so we will say yes to someone else.’

If his fight against Vendramini goes to plan, Pimblett plans on fighting twice more before the end of the year.

He is targeting a return at UFC 267 in October, a card headlined by a light-heavyweight title fight between Jan Blachowicz and Glover Teixeira.

“I was looking at two fights before the end of the year if I come out of this unscathed,” he said. That Fight Island card looks nice but I’d love to get one in December, even if I don’t fight on that Fight Island and get one in.

“I’d love to fight in late November or early December so I can pig out at Christmas.”