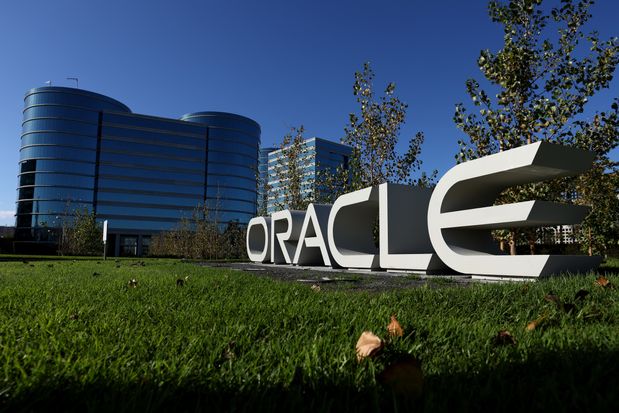 The transaction, which would be the biggest in Oracle’s history by far, provides a dramatic push into the massive healthcare IT market. Most analysts find the deal price to be rational, and Oracle (ticker: ORCL), without providing much detail, said the Cerner (CERN) transaction would be accretive to non-GAAP earnings in the first full fiscal year after closing, while “contributing substantially more to earnings” in the second year and beyond.

Oracle shares, which spiked earlier in the month on stronger-than-expected financial results for the November quarter, have been sliding since news of a potential deal leaked late last week. The stock, which was down 1.6%, at $90.15, in recent trading, has given back most of a post-earnings spike, falling almost 13% since Thursday’s close at $103.22.

Street sentiment on the transaction is mixed.

Bulls see the deal as a bold move in an important growth sector. Cowen analyst J. Derrick Wood writes in a research note Tuesday that “the pandemic has acted as a catalyst for digital transformation in healthcare delivery,” and he sees the Oracle move to bolster its position in the sector as “strategic.” Wood keeps his Outperform rating on the stock. Monness analyst Brian White notes that while in general he is “leery of large acquisitions,” he points out that the healthcare market is vast and early in the digital transformation process, “providing Oracle with a substantial opportunity to pursue.” He keeps his Buy rating and $126 target price.

A weekly guide to our best stories on technology, disruption, and the people and stocks in the middle of it all.

On the other hand, KeyBanc analyst Michael Turits on Tuesday chopped his rating on Oracle shares to Sector Weight from Overweight. He thinks the deal will be neutral to revenue growth—Cerner is growing at about the same rate as Oracle—and dilutive to pretax margins. He also thinks the deal likely sidelines cash that could have otherwise been used to buy back stock or to make other “more strategic” acquisitions.

Most of the concerns about the deal involve questions about how Oracle plans to finance the purchase and what it will mean for its balance sheet. As of the end of November, Oracle had about $22.8 billion in cash and securities, offset by about $73.4 billion in long-term debt, leaving it with $50.6 billion in net debt. It seems obvious that they can’t complete the transaction with current cash on hand. Analysts think Oracle will generate about $10 billion in free cash flow over the next year, and the transaction isn’t likely to close until late in 2022, pending regulator and Cerner shareholder approval—reducing potential borrowings.

Nonetheless, there’s little doubt that at least a portion of the purchase price will be funded by debt, and that has credit agencies warning that they might reduce Oracle’s debt ratings. Moody’s made that call on Monday, and Fitch followed up on Tuesday when it placed Oracle’s debt rating on “watch negative” on the Cerner agreement. “Fitch expects the transaction to increase leverage at the time of closing,” the rating agency said in a statement. “The potential rating outcome ranges from single-notch to multi-notch downgrades as the leveraging transaction deviates from Fitch’s previous expectations of debt reduction.”

Equity investors might be more concerned about Oracle bringing its aggressive stock-repurchase program to a sudden halt. Fitch notes that the company bought back $15 billion of stock over the past two quarters and $35 billion of shares since the first quarter of fiscal 2021. In announcing earnings earlier this month, the company disclosed a new $10 billion stock-repurchase authorization, but it is hard to see how Oracle can buy back stock when it needs cash to fund the Cerner deal.

So far, Oracle has provided no details on its plans for the transaction beyond the initial press release. The company hasn’t held a call with analysts, and it has declined to provide any details on how it will finance the transaction.