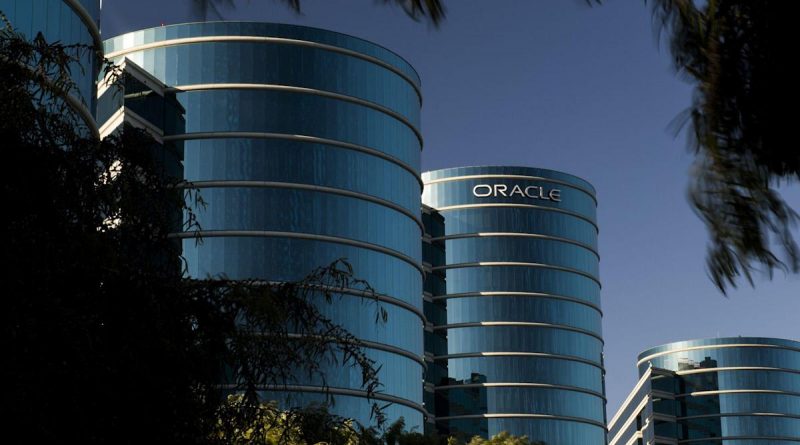 Sales increased 5.7% to $10.4 billion in the fiscal second quarter, the Austin, Texas-based company said Thursday in a statement. Analysts, on average, projected $10.2 billion, according to data compiled by Bloomberg. Profit, excluding some items, was $1.21 a share, compared with the average estimate of $1.11 per share.

The results add momentum for Oracle, the world’s second-largest software maker by revenue, which has tried for years to expand its cloud computing business and close a big gap in market share to Amazon.com Inc., Alphabet Inc.’s Google and Microsoft Corp. The revenue gains marked the sixth straight quarter of year-over-year sales increases for the company.

“These strong results are being driven by the 22% growth of our infrastructure and applications cloud businesses, which are approaching $11 billion in annualized revenue,” Chief Executive Officer Safra Catz said in the statement.

Revenue from cloud services and license support increased 6% to $7.55 billion, topping analysts’ estimates of $7.52 billion. That metric includes sales from hosting customers’ data in the cloud, but a large portion is generated by maintenance fees for traditional software kept on clients’ corporate servers.

Notably, sales of Fusion and Netsuite — its two enterprise resource planning, or ERP, products — increased 35% and 29%, respectively. That business is critically important to Oracle’s future growth. Most companies are unlikely to change an ERP system, which is made up of complex programs that touch on many different areas of a business, as easily as narrower applications, like software to manage personnel.

“That’s where they want to see their growth,” said Trevor White, research manager at Nucleus Research Inc. It “allows Oracle a strong opportunity to cross-sell into other areas.”

Oracle also said it increased the authorization for its share buyback program by $10 billion.

(Updates with Fusion, NetSuite results in the seventh paragraph.)