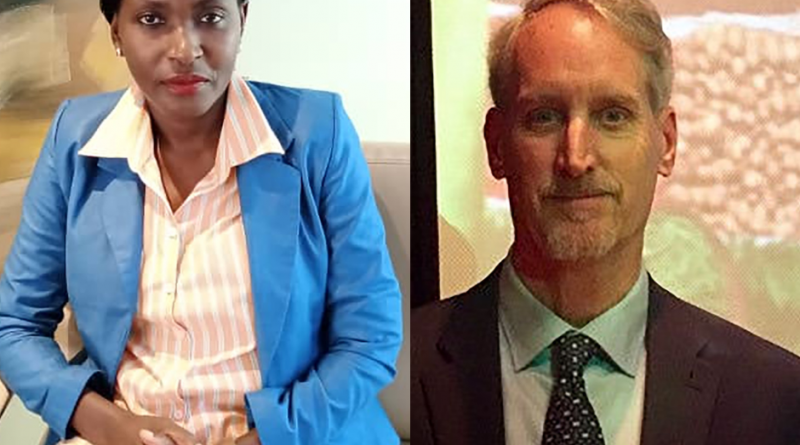 While some believe that mobilizing private and public investments, innovations, and country-based solutions is still crucial to moving forward the transformation of Africa’s food systems, others observe that the agricultural revolution on the continent needs to start from the bottom up, from the inside out, starting with small-scale farmers.

“The Green Revolution is an imported, top-down approach reliant on imported fertilizers and other inputs,” Dr Timothy Wise, a Senior Research Fellow at the Global Development and Environment Institute of the US-based Tufts University, told IPS.

“Markets can benefit farmers, and farmers need fair markets, but they cannot be dominated by large corporations and middlemen,” he says.

Latest estimates by the African Development Bank (AfDB) show that for the green revolution to happen in Africa, there is an urgent necessity to increase productivity and to move up the value chain into processed foods. Africa cannot feed itself while getting only a quarter of its potential yields and without processing what it grows, the bank says.

Africa’s green revolution’s main purpose is to transform African agriculture from a subsistence model to strong businesses that improve the livelihoods of millions of small-scale farmers across the continent.

The ambitious plan, according to officials, aims especially at advancing the commitments made at the Malabo Heads of State Summit and working hard to achieve the Sustainable Development Goals with a focus on improving the income and productivity of farmers with concrete actions that can build sustainable and resilient food systems to feed nearly 256 million reportedly suffering from severe food insecurity on the African continent.

While the Malabo declaration, to be attained by 2025, stresses concerns over Africa’s growing dependence on foreign markets for food security, arguably due to changes in consumption patterns, some experts believe that African Governments need to promote territorial markets that provide a level playing field to small-scale agroecological producers and entrepreneurs.

The Comprehensive African Agricultural Development Programme (CAADP), one of the continental frameworks under Agenda 2063 of the African Union to help countries eliminate hunger and reduce poverty by raising economic growth through agriculture-led development, but activists say there remains much unexploited intra-African trade in agricultural commodities.

According to the Alliance for Food Sovereignty in Africa (AFSA), an organization that brings together small-scale farmers from across Africa advocating for food sovereignty, seed and trade issues are highly politicized and complicated on the continent with a lot of baggage to unpack.

Africa is on the verge of losing its diverse crop varieties due to restrictive and draconian laws that prohibit the centuries-old free exchange of seeds between farmers, it said.

With the importation of seeds in the name of high-yielding and climate-smart varieties becoming common policy for most countries; activists point out that their performance is intricately and heavily dependent on the use of chemical fertilizers, pesticides, and herbicides.

In a brief interview with IPS, activists from AFSA said the adoption of these solutions in most African countries has proved ineffective because they end up creating dependency among farmers, forcing them to lose their own farmer varieties, and forcing them only to plant monocultures, all of which contribute to food insecurity.

The most pronounced opposition came from Leonida Odongo, an activist from Kenya Haki Nawiri Africa, who observed that thousands of hectares of land in Africa are owned or leased to plantations that grow what is not eaten on the continent.

The major challenge, according to Odongo, is that most of the western companies producing seeds and agrochemicals come to convince African farmers to buy seeds and chemicals, and, in some cases, they get these as loans in form of these imported agricultural inputs.

“If Green Revolution is working for Africa, why are the rates of hunger soaring, and if climate-smart technologies are working, why does Africa continue to be ravaged by droughts?” she asked.

Both Odongo and Tim are convinced that the kind of intensification Africa’s small-scale farmers need is ecological, not based on the adoption of costly inputs.

This is because subsidizing purchases of expensive inputs, which are two to three times more expensive, and which are derived from fossil fuels, as is the current case in most African countries, is bound to fail.

While reacting to the current efforts to achieve food security in Africa, Hailemariam Desalegn, the former Prime Minister of Ethiopia and the Alliance for a Green Revolution in Africa (AGRA) chair, noted that while some African countries have shown commitment to support food systems transformation, collective action would be needed to accelerate progress and real change.

“African governments should lead these efforts by prioritizing and integrating policies that call for healthy and nutritious diets, decent income for the farmers, and that address climate fragility,” Desalegn told delegates at the AGRF summit.

Rwandan President Paul Kagame agreed; he noted that Africa should not be struggling with food insecurity, given “our” natural endowments.

“By transforming food systems , we can feed ourselves, and even feed others,” Kagame said.

With current preferential trade liberalization through the Africa Continental Free Trade Agreement (AfCTA), some members of the business community observed that there were still challenges to linking food-deficit areas with food-surplus areas across the continent.

Latest estimates by the Food and Agriculture Organization of the United Nations (FAO) indicate that Africa is a net food-importing region of commodities such as cereals, meat, dairy products, fats, oils, and sugar, importing about USD 80 billion worth of agricultural and food products annually.

Gilbert Musonda, an agribusiness manager from Zambia who processes oil from sunflower, told IPS that in his experience, smallholder farmers are the first ones to be part of the solution, but also governments should support the private sector and ensure there are dynamic regional markets established.

African Heads of State and governments are committed in 2014 to triple intra-African trade in agricultural commodities and services by the year 2025. Recent evidence by the World Bank suggests that the export of agro-processed and other value-added goods made in Africa is greater in regional markets than in external markets outside Africa

“There is still an urgent need to invest in agribusiness in order to sustainable Africa’s food systems,” Musonda told IPS.

With a new five-year strategy adopted on the sidelines summit in Kigali to build Africa’s food system, activists say there is little attention to farmers’ needs.

“The anecdotal evidence from farmers in Africa shows that the promises of high yields distribution are not working,” says Odongo.
IPS UN Bureau Report